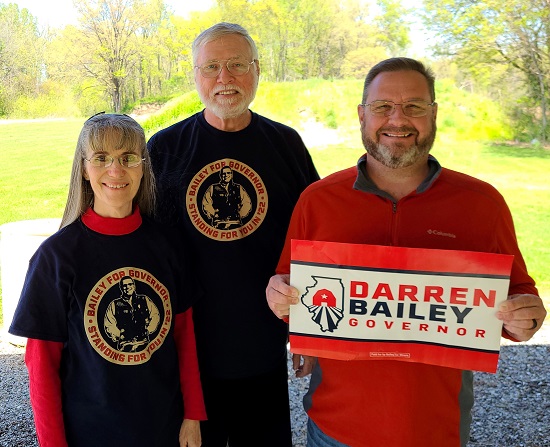 Locals Justin James of Carmi along with Mike and Valinda Rowe of Enfield have announced they’ll serve as volunteer coordinators for Senator Darren Bailey’s 2022 run for governor.  The trio issued a joint statement that reads, “We are excited to be part of Darren’s campaign.  We know the magnitude of the task our friend Darren Bailey is taking on and we plan to help him in any way we can.”

Rowe says there has already been a successful fundraising event at a local White County farm and the team is planning a White County campaign donor event for June.  If you’re interested in signing on as a volunteer, donating to the campaign, or want a yard sign, send an email to [email protected].