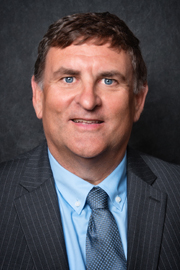 BENTON – On Thursday, Illinois Governor JB Pritzker announced a 30-day extension of a disaster declaration beginning May 1 that includes a continuation of most stay-at-home orders. However, the governor also indicated changes are coming to the new order that will allow some Southern Illinois businesses shuttered by the current ‘non-essential’ business declaration to resume some operations.

Rep. Severin participated in a statewide Zoom video press conference with members of the House Republican caucus on Wednesday morning to ask for specific changes to any upcoming orders.

Severin also led an effort to get Southern Illinois legislators and members of the Southern Illinois Mayors Association to issue a press release listing priorities for desired changes to any upcoming orders. That press release was issued Wednesday morning in cooperation with Senators Dale Fowler and Paul Schimpf and State Representatives Terri Bryant and Patrick Windhorst.

“The influx of phone calls and emails to my office has been overwhelming. I have been very vocal voicing the concerns I have heard from my constituents, for our struggling hospitals, health care professionals, churches, schools and students, and retail establishments to the governor,” Severin said. “With hospitals laying off staff and not being allowed to perform preventative health care screenings or procedures, I have also been greatly concerned about the overall mental and physical health of our citizens. Today’s orders were expected, but I believe the governor heard our concerns and he indicated some changes are coming.”

Severin says today’s announcement means that although some changes are coming in the next 30 days, some items legislators felt were important were not mentioned by the governor.

“We are eager to hear if the governor will take positive actions to clarify what religious institutions can do, or whether drive-through school graduations will be allowed, for example. We didn’t hear anything about helping folks get CDLs, and whether he would be open to taking a more regional approach. I have advocated for a regional approach, and I hope we can have those concerns addressed in the next 30 days.”

“The governor also indicated that greenhouses, garden centers, and nurseries may re-open as essential businesses,” Severin said. “Of course, these stores must follow social distancing requirements and must require that employees and customers wear a face covering if that cannot be achieved. Animal grooming services may also reopen observing those same rules. It’s a new normal for all of us, and there is more work to be done.”