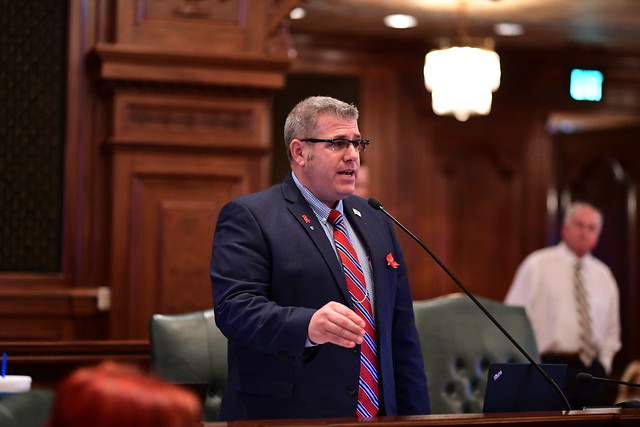 Louisville, IL. – The state’s largest utility, Com-Ed, directly implicates Speaker Madigan and his political allies as recipients of jobs, contracts, and payments in a court filing released this morning, according to State Rep. Darren Bailey, who wants Madigan to resign.

“Speaker Madigan should step down immediately,” said Bailey (R-Xenia). “The all-powerful Representative from Chicago has held a decades-long stranglehold on the Illinois House and the Democrat party of Illinois apparently to the detriment of Illinois’ 12 million citizens.”

Rep. Bailey said there should be a zero-tolerance standard when it comes to corruption in politics.

“Such behavior is an affront to the citizens of Illinois, and our American Republic,” said Bailey. The Declaration of Independence states ‘Governments are instituted among Men, deriving their just powers from the consent of the governed.’ Corruption in public office undermines that unique American ideal and the Rule of Law.”

Bailey added it’s time “politics as usual” comes to an end in Illinois.

“The people of Illinois deserve better than they’ve received, and this indictment shines a bright light on a long-suspected and long-rumored culture of corruption,” said Bailey.