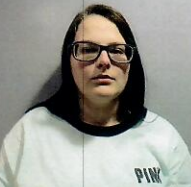 A 25 year old Plainfield IN woman has turned herself in on a White County warrant. Ashley Dutton was arrested in October of this year for Obstruction of Justice and Domestic Battery. A warrant was issued for Dutton on October 18th. On Saturday December 17th, Deputy Michael Brown of the White County Sheriff’s Department was notified that Dutton was in the lobby of the jail and wanted to turn herself in. Dutton was booked in the White County Jail where bond was set at $7500 of which 10% had to be paid. She paid $750 and was released.  Dutton is set to appear in court on January 23rd, at 9:00 a.m.