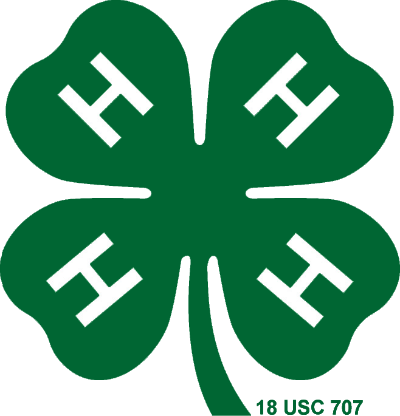 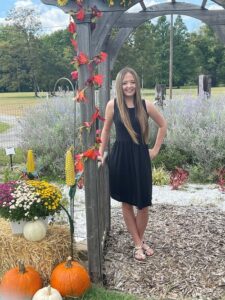 Aaliya Robinson is a five-year member of the Enfield Blue Ribbon 4-H Club and the daughter of Ryan and Amber Robinson of Norris City.

Aaliya has enjoyed taking different projects throughout the past four years, but her favorite would have to be her bucket calf that she purchased by herself. Other projects would be her cake decorating, dog care, swine, and her rabbit

Her 4-H honors include cleanest pen award, showmanship in swine, grand champion bucket calf, and many blue ribbons with her livestock and rabbit projects.

Aaliya feels 4-H is important because you can learn new skills. You make new friends and get to hand out with them at 4-H events. It is also helping her with her responsibilities and adding more responsibilities to her life.

Outside of 4-H Aaliya she has received her blue hand degree in FFA and was top 10 to go to state in Springfield for FCCLA. 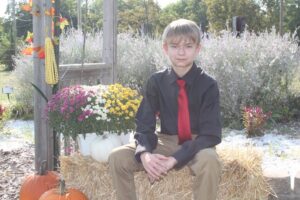 Breyton Sauls is a six-year member of the Centerville Ripsnorters 4-H Club and the son of Ryan & Chanda Sauls.

In the past five years Breyton has been very active in 4-H projects. Some of those include entomology, rabbits, small pets, 3D printing, and dog care.

4-H is important to Breyton because it has taught him many life lessons, from caring for myself and my community. Through 4-H, I have learned about raising livestock and other animals. 4-H has exposed him to many career opportunities and helped him decide to become a veterinarian. During his 4-H career he has been able to build knowledge on things he enjoys and find meaningful. In 4-H, he has learned many leadership skills and gained confidence in public speaking. He has also made lifelong friends and memories, all while serving his community. 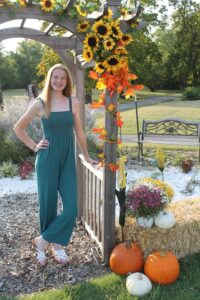 Grace McCarty is a seven-year member of the Grayville Go-Getters 4-H Club and the daughter of Jason and Amy McCarty of Grayville.

In the past six years, Grace has enjoyed working and completely many projects. Her five favorites would be woodworking, electricity, photography, leather, and goats. She was honored to receive first place, this past August at the Illinois State Fair from the State Treasurer, on her Cream of the Crop photo contest.

Her 4-H honors include receiving a diamond and emerald experience awards in project learning. Receiving the outstanding 1st year member award, encouragement award, herdsman award two years in a row with her goats, and the best president award in 2020-2021.

Grace says 4-H is special to her because she enjoys making new friends, learn leadership skills, get to work with animals and livestock, and complete many community service projects on her own and with her 4-H club.

Outside of 4-H Grace is active in her church Ridge Baptist Church, vice president of her freshman class, plays volleyball and basketball, and has joined FFA, choir and band. 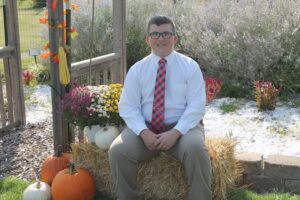 Jax Jordan is a seven-year Independent member and the son of Jeremy & Sasha Jordan of Carmi.

In the past six years Jax has enjoyed taking many projects in 4-H. Some of those include interior design, mixed media visual arts, woodworking, floriculture, and visual arts computer-generated art. His favorite was his interior design project where he made a basketball stool by refinishing it and adding a new around the seat and a basketball.

4-H is important to Jax because it has helped me learn life skills. It has taught him how to work as a team and fell apart of the community. 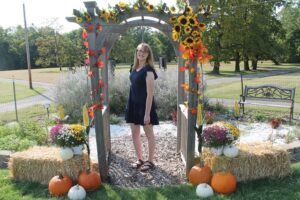 Katelyn Allen is a fifth-year member of the Mad Hatters 4-H Club and the daughter of David and Amanda Allen of Norris City.

In her four years in 4-H Katelyn has went above and beyond in taking 4-H projects. Too many to mention but has narrowed them down to her favorite five projects she has enjoyed the most. Those being leather, scrapbooking, passport to the world, interior design, and health.

Her 4-H honors have included receiving the health, officer award, Encouragement award and the Emerald experience award this past year.

4-H is special to Katelyn because it helps her to be a good leader and role model to the younger kids in her club. She joined 4-H at an older age, but 4-H has helped her to get out of her shell and try new things. She has formed so many friendships and have learned life skills such as public speaking and leadership.

Outside of 4-H Katelyn volunteers at her local library, has a part time job at a local coffeehouse, volunteer at her church, am a part of her homeschool group, and competes in her county pageant every year. 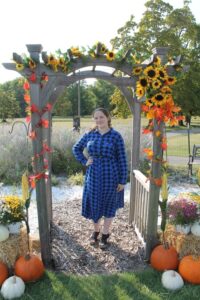 Kaitlyn Aldrich is a seven-year member of the Centerville Ripsnorters 4-H Club and the daughter of Justin and Shelly Aldrich of Carmi.

Her 4-H honors include being in 4-H for the past six years. Competing at the state fair in her woodworking project in 2020 and with her visual arts project in 2022. She has received perfect attendance, two silver level experience medals, and feels it was an honor to serve as president of her former 4-H club the Town & Country Clovers.

4-H is special to Katie because it provides her with an outlet for her creativity. She has learned many new skills through 4-H. It has helped her discover her passion for projects such as scrapbooking. 4-H can also help one improve the skills that they already have.

Outside of 4-H Katie enjoys being the head Sunday school teacher for the toddler at her church. Receiving a division 1 medal at solo competition for band. Receiving the citizenship award for her behavior in public school. Received scholastic honors in school and received academic presidential distinction for straight A’s in junior high.

Trinity is a five-year member of the Mad Hatters 4-H Club and the daughter of Matt and Shelly McCormick of Carmi,

Trinity has enjoyed taking photography, scrapbooking, clay making, floriculture in making fairy gardens, and leather craft. She was able to take her leather project to the Illinois State Fair this past August.

Her 4-H honors have included the encouragement award, perfect attendance, and receiving the bronze, silver, and gold experience awards over the past few years.

4-H is special to Trinity because it gives her opportunities she wouldn’t have had otherwise. And she is able to do projects that she loves!

Besides 4-H Trinity is a member of the Carmi Swim team, the Move youth group, sings on a worship team at Ditney Ridge Baptist Church, volunteers at her church, the Roads, and helps with fellow kids at her school. 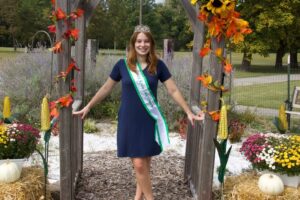 Samantha Stallings is an eleven-year member of the Mad Hatters 4-H Club and the daughter of Jason and Crystal Stallings of Carmi.

In the past ten years Samantha have been very involved in the livestock side of 4-H showing her goats, cattle, and pigs all the while throwing in art and cooking projects.

4-H was special to Samm because it allows her to find hobbies and activities that she love that she would have never found outside of 4-H.

Outside of 4-H Samm is active in a sorority, apart of the SUI’s ag education club, member of the SIU’s AFA (agriculture future of America) club, the block and bridle club, and the SIU’s collegiate farm bureau. 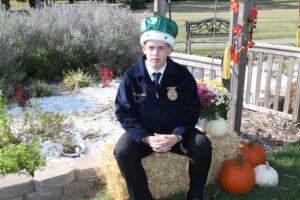 Joseph Gates is a nine-year member of the Town & Country Clovers 4-H Club and the son of Brad and Carrie Gates of Carmi.

In the past eight years Joseph has enjoyed taking many projects in 4-H. Some of those include showing sheep, tractor, leather, and woodworking. This past year he made himself a wallet out of leather.

4-H is important to Joseph because he gets to participate in different workshops so he can try new things and meet new people.

Besides 4-H Joseph enjoys being a member of the Baptist church youth group, President of the FFA, Bulldog tennis team, FCA, Maroon Platoon, and Key Club.