Low contestant turnout has cancelled one planned Corn Day event and is threatening another.  Monday afternoon, a representative of First Bank and Kiwanis member reported the Carmi’s Got Talent contest that was being planned for Wednesday night at the First United Methodist Church has been called off.  The cancellation actually creates two holes in the Corn Day festivities as the winners of the contest would’ve been invited to participate on the main stage at 3pm on Saturday.  Chili Cook Off organizer Kati Sturgal has also reported it’s been a struggle to get teams to sign up for that contest.  In years past, the Chili Cook Off has seen more than a dozen entrants.  That event is scheduled for Saturday morning from 11am – noon at Veteran’s Memorial Park.  For additional details on the Chili Cook off, contact Kati Sturgal at 618-382-8930 or Andrea Hays at 618-387-2321. 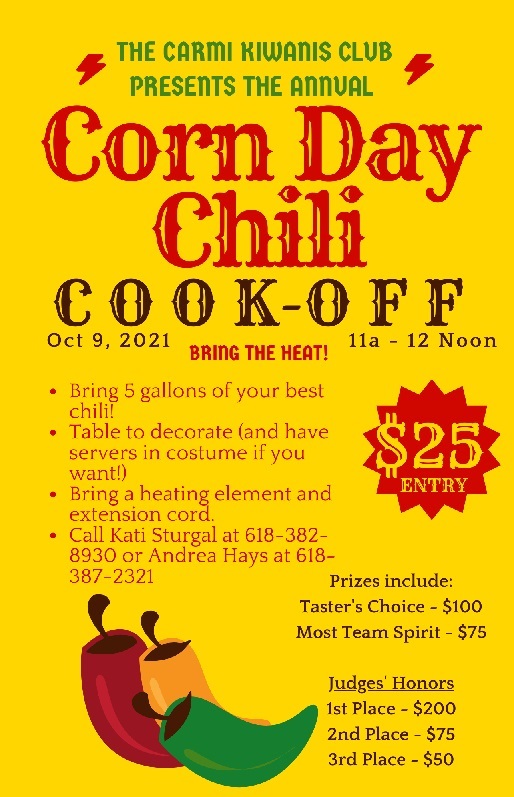