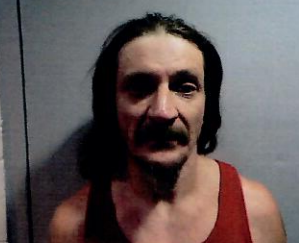 Deputy Matt Wicker with the White County Sheriff’s Department conducted a traffic stop that resulted in the arrest of a Lawrenceville man. On Monday at around 5:30 PM, Wicker was traveling on Route 1 when he observed a vehicle traveling 77 mph in a 55 mph zone. Wicker stopped the vehicle and made contact with the driver, 49 year old James E Pettigrew. When the officer asked for Pettigrew’s license, he told Wicker he had lost his wallet so he didn’t have his the information on him. Pettigrew gave his date of birth to Wicker and when he ran it through dispatch it came back that he had a suspended driver’s license out of Georgia. Pettigrew was then taken into custody. During a custodial search, a “one hitter” pipe with suspected cannabis in it was found. A field test on the pipe came back positive for marijuana. Pettigrew was transported to the white county jail where he was cited for Speeding, Driving While License Suspended and Possession of Cannabis. Pettigrew is being held in the White County Jail.