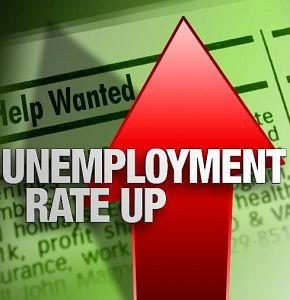 SPRINGFIELD – The Illinois Department of Employment Security (IDES) announced today that the unemployment rate jumped +12.2 percentage points to 16.4 percent, while nonfarm payrolls shed -762,200 jobs in April, as the COVID-19 pandemic continued to impact Illinois businesses and households, based on preliminary data provided by the U.S. Bureau of Labor Statistics (BLS) and released by IDES. The monthly unemployment rate rose to a new record high since current methodologies were enacted in 1976 and the monthly decline in nonfarm payroll jobs also set a record. The March monthly change in payrolls was revised from the preliminary report from -34,100 to -60,900 jobs. The March unemployment rate was also revised from the preliminary report, from 4.6 percent to 4.2 percent, as a result of a downward revision to the number of people in the labor force in March.

The three-month average Illinois payroll employment estimate was down -278,200 jobs during the February to April three-month period, compared to the January to March three-month period. The largest average declines were found in Leisure and Hospitality (-107,800), Trade, Transportation and Utilities (-37,700) and Professional and Business Services (-36,800).

“The COVID-19 pandemic has had an unprecedented impact on our economy, as has been the case in states across the nation,” said Deputy Governor Dan Hynes. “As we move to safely reopen much of our economy, we are focused on ensuring working families and small business have the resources they need to recover, and we urge the federal government to step up and provide additional relief.”

“As Illinois tackles this unprecedented crisis, Governor Pritzker has taken action to support a swift public health recovery that will in turn enable residents and businesses to make an economic recovery,” said Erin Guthrie, Director of the Department of Commerce and Economic Opportunity.  “This administration’s focus on workforce development, rebuilding our crumbling infrastructure, and creating new industries will help us start to bring Illinoisans back to work and rebuild our economy.”

Compared to a year ago, nonfarm payroll employment decreased by -822,800 jobs, with losses across all major industries. The industry groups with the biggest jobs decreases were: Leisure and Hospitality (-320,500), Professional and Business Services (-119,800) and Trade, Transportation and Utilities (-110,000). Illinois nonfarm payrolls were down -13.4 percent over-the-year as compared to the nation’s -12.9 percent over-the-year decline in April.

The number of unemployed workers increased dramatically from the prior month, a +280.3 percent increase to 1,004,400, a new record high, and was up +270.6 percent over the same month for the prior year. The labor force was down -2.9 percent over-the-month and -5.2 percent over-the-year. The unemployment rate identifies those individuals who are out of work and seeking employment.

An individual who exhausts or is ineligible for benefits is still reflected in the unemployment rate if they actively seek work. IDES maintains the state’s largest job search engine, Illinois Job Link (IJL), to help connect jobseekers to employers who are hiring, which recently showed 186,374 posted resumes with 62,412 jobs available.