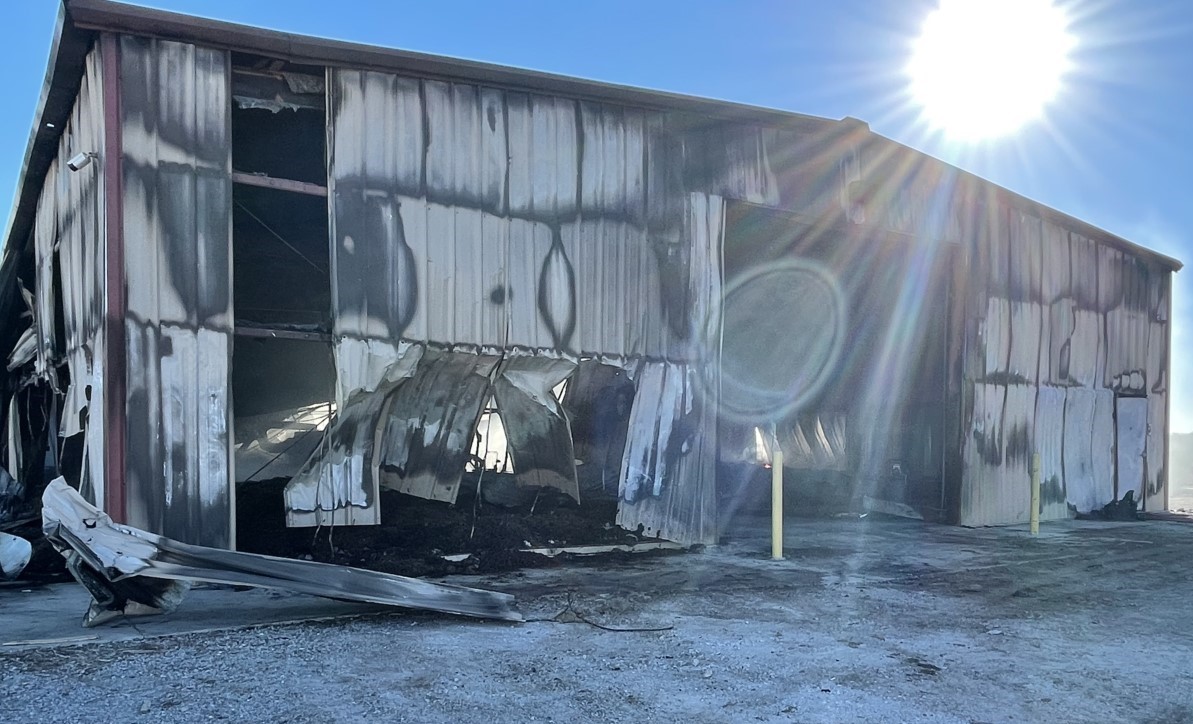 An investigation continues into a Carmi mans business that went up in flames late Thursday evening. On February 17th at around 11 PM the Carmi Fire Department and White County Ambulance Service was dispatched to Keith Bostch’s Hemp Manufacturing Plant that had caught fire. The fire was located about a mile off of Centerville road. Carmi Fire Chief Larry Hite, said the fire started at the South end of the building and quickly ravaged the manufacturing plant. Five employees were in the building when the fire started, but were all able to get out safely. One employee did suffer flash burns, but refused medical treatment. Three area Fire Departments from Crossville, Norris City and Enfield were called to assist with the blaze.

There were flammables and 2 vehicles that were able to be moved away from building to prevent further disaster. Fire fighters were on seen into the early morning hours of Friday. The fire is under investigation by the Illinois State Fire Marshall. The fire was still smoldering and burning in some places as of Saturday, which made it impossible for the investigation to begin at that time. The state Fire Marshall will be back on the scene Tuesday to begin his investigation. We’ll have more on this story as soon details are made available to us.