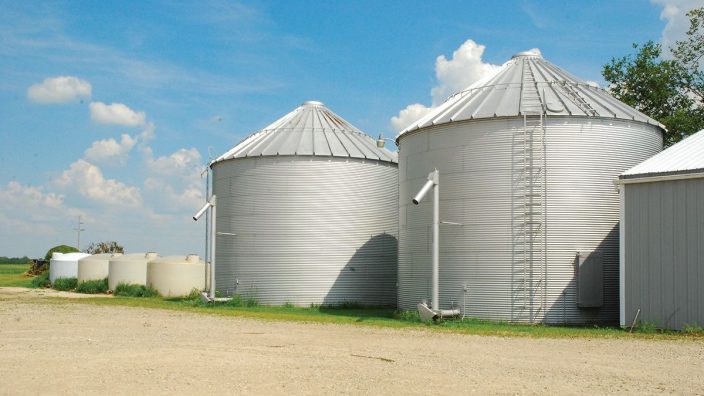 Small Changes Can Have a Big Impact on Safety

SPRINGFIELD – Every year in Illinois and throughout the grain belt states, dozens of people become entrapped in grain, usually inside a grain bin, and many of those people perish. Hundreds more are injured in grain handling or storage accidents. Preventing these tragedies is the goal of Stand Up 4 Grain Safety Week, March 29-April 2.

“Following just a few safety rules can make a big difference in reducing the hundreds of injuries and deaths that occur each year. It is vital that farmers and other agricultural workers put safety first, especially when working around grain-storage facilities,” said Michael Kleinik, Director of the Illinois Department of Labor.

Grain bin tragedies can literally happen in seconds. Moving grain acts like quicksand. According to the federal Occupational Safety and Health Administration (OSHA), a worker standing on moving grain can be trapped within just five seconds and completely covered in grain in less than half a minute.

• A worker stands on moving/flowing grain typically caused by an auger running or grain being moved out of the bin by gravity.

• A worker stands on or below a grain bridging situation. Bridging happens when damp grain clumps together, creating an empty space beneath the grain as it is unloaded. A worker above or below this bridge of grain is at risk should the bridge collapse.

• A worker stands next to an accumulated pile of grain on the side of the bin and attempts to dislodge it. It can collapse onto the worker.

While workers should avoid entering grain bins whenever possible, safety measures can greatly diminish the risk if they must enter, said Dave Newcomb, Agriculture Rescue Program Manager with the University of Illinois Fire Services Institute.  One of the most important measures is to turn off and lock out all powered equipment to the grain bin and tag it to remain off – known as Lock Out/Tag Out. Newcomb will be a presenter of the free, online Grain Bin Safety seminar on, Thursday, April 1.

Newcomb estimated that consistently following Lock Out/Tag Out rules could cut the number of grain entrapments in half. Far too many entrapments and injuries happen when grain handling equipment is powered on while someone is in the bin. Another vital tip – do not work alone. If nothing else, your coworker can call for help if something goes wrong, said Newcomb.

OSHA also stresses that any worker entering a grain bin should be provided with a body harness attached to a lifeline and an observer should be stationed outside the bin to track the worker and call for help if something goes wrong. While there are close to 8,400 off-farm grain storage facilities, about 70 percent of entrapments happen on family farms.

“Grain bin accidents can injure or kill not only the initial victims but also first responders. IDOL reminds fire departments that if they provide grain bin rescue response, they must ensure their members are trained to perform this service safely,” said IDOL Director Kleinik.