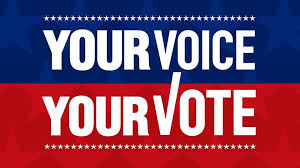 16 of 16 precincts reporting now in Hamilton County.  We can officially tell you that of the county’s 5,615 registered voters, 4,364 votes have been cast.  That’s good enough for a voter turnout of 77.72% and our reporter on site tells us there are still some provisional and mail in ballots that while turned in, may not be included in these totals, so again they are unofficial at the moment.

We begin with the Fair Tax ballot question.  Hamilton County overwhelming voting that measure down to the tune of 3,290 No votes to 693 yes votes.

The Hamilton County Coroner’s race, the incumbent Steve Bowling is the winner with 2,237 votes to Tad Ziehm’s 1,945.

Another contested race, for County Board, Hamilton County voters were asked to choose up to 3.  Newcomer Kelly Woodrow will join the board as the top vote getter with 2,721 votes received.  Chad May ran second with 2,520 votes received.  John Chapman, another incumbent will keep his seat at the table with 2,492 votes.  Current Board Chair, Brad Miller will lose his seat on the county board, only receiving 1,610 tallies.

May will only sit on the County Board for a short term longer if things go his way in the spring.  May has announced he’s running for Mayor in McLeansboro, that race in April of 2021.  Other candidates who have picked up petitions include Sam Wilson, Anthony Holloman, Jesse Nevarez, and Dean Hart.