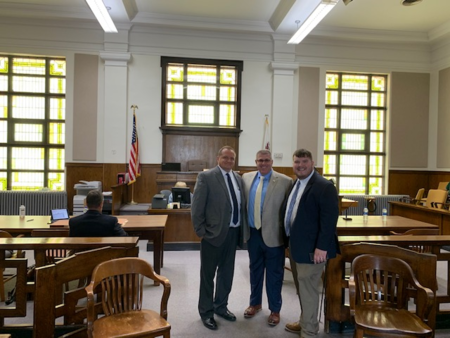 State Rep. Darren Bailey (R-Xenia) took legal action against the Governor, challenging the orders on constitutional grounds. Bailey said the ruling is both a vindication and a declaration re-establishing individual liberties.

“Despite the Governor’s attempts to move the lawsuit to multiple courtrooms, including a federal court, the rule of law prevailed, and the rights of Illinois citizens were upheld today, said Rep. Bailey. “This is a good day for accountability.”

Rep. Bailey said now that the lawsuit is settled, he is encouraging people to be responsible.

“One problem with the Governor’s approach was that he acted as though he knew better how people should behave. Instead of presenting facts and calling on people to respond in a collaborative way, hard and fast rules were imposed,” added Bailey. “Moving forward, I want to encourage everyone to practice common sense and caution. Use social distancing and take other personal precautions in dealing with others.”