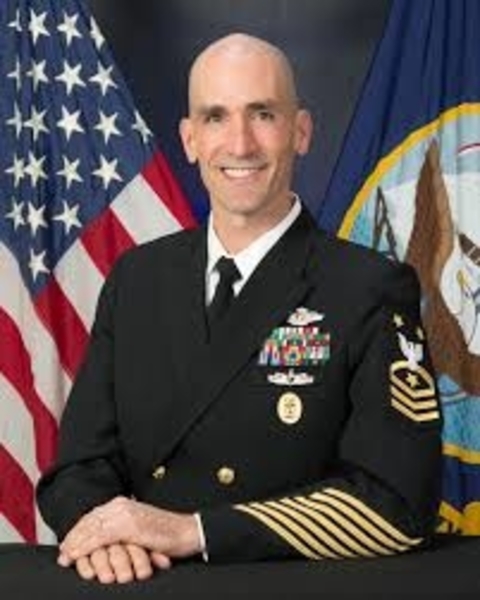 Building on a strong team of diverse experts in their fields, Governor JB Pritzker named Terry Prince, a 31-year United States Navy veteran with experience leading veterans homes in Ohio, to serve as Director of the Illinois Department of Veterans’ Affairs, pending confirmation by the Illinois Senate.

“Having served as the Superintendent of Ohio’s veterans’ homes, Director of the U.S. Navy Hospital Corps and Force Master Chief of Navy Medicine, Terry Prince brings to Illinois exemplary experience in caring for our veterans and their families, and I’m deeply proud to welcome him to Illinois as Acting Director of the Illinois Department of Veteran Affairs,” said Governor JB Pritzker. “As the proud son and grandson of Naval officers, it’s my mission that Illinois will provide every possible support for our military men and women, their families and our veterans, and I have complete confidence in Terry’s ability to advance that mission on behalf of those who have made sacrifice upon sacrifice for the nation we proudly call home.”

“I’ve dedicated my life to serving those who’ve served us, and as a veteran myself, I know the value of compassionate and meaningful support centered around our nation’s greatest heroes and their families,” said Acting Director of the Illinois Department of Veteran Affairs Terry Prince. “I’m honored to return to the State of Illinois, where my wife and I have previously served in uniform, with the chance to bring my experience in veterans’ affairs and healthcare to the Illinois Department of Veterans’ Affairs.  I want to thank Governor Pritzker for the opportunity to serve and empower Illinois’ veteran community through every stage of life.”

Prince is a senior executive leader and 31-year United States Navy veteran. Most recently, Prince served as Superintendent of the Ohio Veterans Homes where he oversaw three facilities, including the nation’s 5th largest skilled nursing home and an independent living community. Previously, he served as Force Master Chief and Director of the United States Navy Hospital Corps. In that role, Prince served as a senior advisor to the Surgeon General of the United States Navy and a member of the Navy Medicine’s Executive Steering Committee. Prior, he served as Senior Enlisted Leader at the Defense Health Agency and at Walter Reed National Military Medical Center. Prince began his military career in 1986, serving in the Dental Technician and Hospital Corpsman ratings. Prince has received a number of awards including the Legion of Merit, the Defense Superior Service Medal, the Joint Meritorious Service Medal and many more. He retired from the military in July 2017. He earned a Bachelor of Arts from Chapman University and is a graduate of the Navy Senior Enlisted Academy, Command Master Chief Program and the National Defense University Keystone Fellowship.