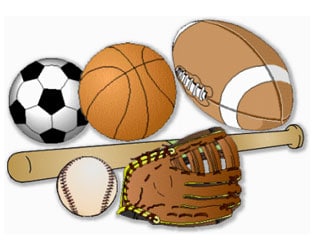 The Carmi White County Junior High Bullpups softball team moved to 10-2 on the season after blanking Benton 11-0 Thursday afternoon in Franklin County.  Lindsay Simmons tossed the shutout giving up only 3 hits while striking out 10 and she didn’t give a free pass all day.  Simmons was dialed in throwing 93 pitches over 7 innings, 70 of them for strikes. Coach Cindy Colman’s Bullpups scored in every inning except the 6th while compiling 14 hits on the day.  8 Rangerette miscues helped the Bullpups.  Torrie Rider, Mia Evans, Caroline Simmons, Lindsay Simmons, Malyia Mayo and Eva Attebury all posted multiple hits with Rider going 3 – 5 from the plate.

The Lady Bullpups will host Eldorado on Tuesday afternoon.  The Eagles will try to stay in the game as the two teams have already met twice with CWCJHS pasting them 26-0 on August 26th and two days later dropping the Lady Eagles by a 13-1 score.

Coach Will Knight’s Bullpups came up on the wrong end of a walk off Thursday afternoon falling to Benton 7-6 in 9 innings.  Things were all knotted at 5 after 7; and it appeared the Bullpups might escape with the win after scoring in the top half of the 9th.  Maxon O’Daniel singled to score Abe Girten.  In the bottom half, an RBI double followed by an error on a line drive allowed the winning runner to cross the plate.  The loss drops the Bullpups to 6-1 on the season.

Housekeeping notes from the Unit 5 Athletic Director, Kurt Simon says the Jr High baseball game scheduled for Wednesday, September 8th has been cancelled.  The coaches are looking for a different opponent for the same date, but as of yet haven’t found one.

Additionally, the Lady Bullpups softball contest that was originally scheduled for Wednesday against Edwards County has been moved to September 13th.  The game will take place at Albion at 6pm.  That baseball cancellation hasn’t been rescheduled.  Coming up tonight, all eyes are on high school football.  The Carmi White County Bulldogs, 1-0 after sneaking past Hamilton County in Week 1 travel to West Frankfort.  We got a chance to preview the matchup with Coach Simon this week.  You can listen in to that conversation in the sports section of our website at WRUL.com.  Roger Hobbs will have the play by play action for 97.3 tonight.  Chris Myers will be alongside to provide analysis.  The game starts at 7; our coverage begins around 6:45 tonight.

Monday night, Carmi White County will host Vienna for a JV football matchup.  That game gets underway at 6:15.