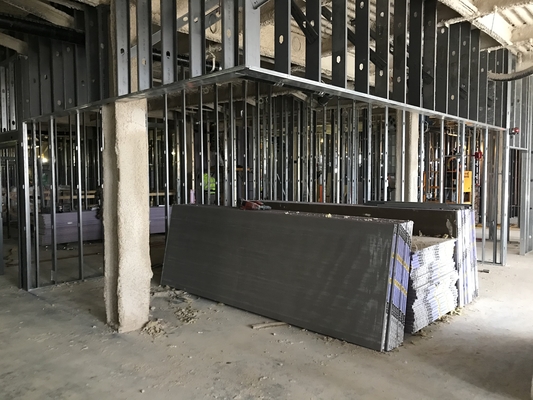 Fairfield Memorial Hospital weekly updates are used to keep the public informed as progress continues to be made on our Expansion Project. 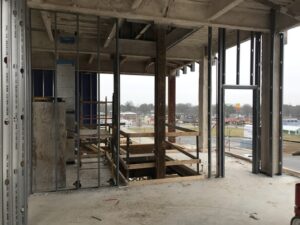 During the week of January 11th, the drywall contractor has nearly finished the framing on the Third Floor and has moved down to the Second Floor installing door frames, track and metal stud work. The spray fireproofing is now progressing on the Second Floor.  We anticipate the weather barrier on the East face of the building to be started later this week if the weather cooperates so that the brick mason can begin his work shortly. The mechanical and plumbing contractor has begun installing some ductwork and piping on the Third Floor.  The electrician has been working on Third Floor rough in, as well as, beginning some preliminary wiring for the new fire alarm system. The permanent roof drain piping is underway in order to replace the temporary piping. 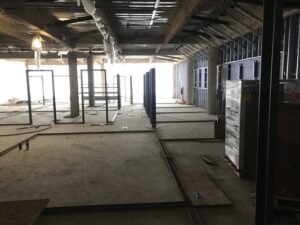 During the week of January 18th, weather permitting,the drywall contractor will continue with interior stud faming on Second Floor as well as working to complete the exterior studs and framing. The mechanical, electrical and plumbing contractors will continue working on their respective projects on the Third Floor. 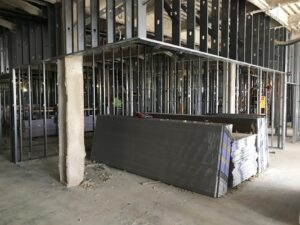 Pictured is some of the framing work that has been installed on the Second and Third floors.

UPDATE TO FMH COVID VACCINATION CLINICS TO THE PUBLIC

UPDATES TO FMH COVID VACCINATION CLINICS TO THE PUBLIC