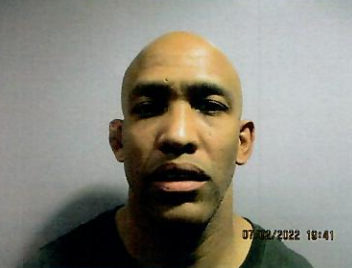 Elvis has left the building, after paying bond of course. At approximately 10:20 AM on Sunday July 3rd, while on routine patrol, Deputy Capeheart with the White County Sheriff’s Department came across a Silver Ram pickup sitting on the shoulder of IL Route 1 at County Road 1500 E with its hazard lights on. Capeheart pulled off the highway to offer assistance to the motorist and as he was running the plate information through dispatch, the driver drove away. Capeheart followed the vehicle with lights and sirens on for about a ¼ of a mile before the motorist finally pulled off the highway. When Capeheart made contact with the driver, he stated that “he didn’t speak English.” The driver gave his license and proof of insurance to Capeheart. The motorist was identified as 39 year old Elvis Risquet Meneses of 9731 Fontainebleau Blvd in Miami Florida. After running the information through dispatch, it came back that his driver’s license was suspended. Capeheart called for back-up due to the male’s suspicious behavior. Menese’s was then placed under arrest. While still on the scene, Menese’s slipped the handcuffs from behind his back, attempting to remove them. Officer’s adjusted the cuffs then transported him to the White County Jail. Bond for Menes’s was set for $250 cash bond, plus a $20 booking fee.  He paid bond and was released.

Leave a Reply to RobertCancel