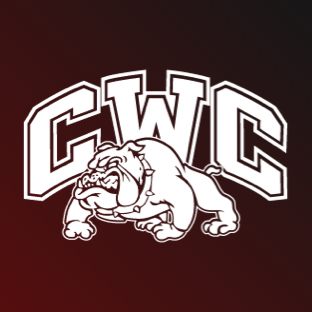 The Carmi White County Unit #5 School Board met Monday night in regular session for about half an hour.  Scott Mareing was there and has this report.

The Fiscal Year 2022 budget was approved, with several changes from the monies proposed in May in the tentative amended budget.  Total receipts from all funds are projected at $18,655,981 with expenditures of $17,191,944.  This results in a balance of $1,464,037 in receipts versus expenditures, which is about a $1.1 million difference between the cash balance projected in September and the cash balance at the close of the fiscal year in the FY22 budget.  The budget allows the district to maintain the programs expected, while providing dollars for facility upgrades.

Also approved was accepting the bid from Wright Specialty Insurance for the district’s commercial and worker’s compensation insurance with a total premium of $227,932, which is an annual premium decrease of $52,059 or 18.59% under expiring premiums.

It was agreed to accept financing of five 71 passenger schools buses, from First Bank at a fixed rate of 2.45% for five years.  If the financing was done through the bus company, the rate would have been about 6%.

The board adopted the Consolidated District Plan, which consolidates and streamlines the grant application process by allowing school districts to answer one set of planning questions to meet requirements for all 13 grants being applied for.  District plans must be submitted to the Illinois State Board of Education and approved before any Fiscal Year 2023 grant applications can be approved.

All of the Committee Appointments recommended by the board president were approved.  There were no changes from the last school year.

In the superintendent’s report for June, Brad Lee thanked the building administrators, central office staff, and district custodians for all the work they do in preparing for the next school year.

In other business, approved was a renewal of membership in the Illinois Association of School Boards with dues of $3,911 which is the same amount as last year; board scholars were named for the second semester of the 2021-22 school year, including 16 freshmen, 13 sophomores, 12 juniors and 12 seniors; they approved eight board policies reviewed on a five year cycle with no changes, and eight of nine board policies were preliminarily adopted as amended with final action set for the July board meeting; the retirements of Becky Brock and Angela Vaughan, both Special Education Classroom Aides at Brownsville School, were approved effective at the end of the 2021-22 school year; and the board accepted the resignations of Colin Meade as a Special Education Individual Aide at Brownsville School, Joshua Girten as Carmi-White County Junior High School Assistant Baseball Coach, both effective immediately, and Kendall Dale as a Carmi-White County School Bus Driver effective at the end of the 2021-22 school year.

The board went into closed session at 7:28 PM to discuss Personnel, Review of Closed Session Minutes and Audiotapes, and Collective Negotiations.