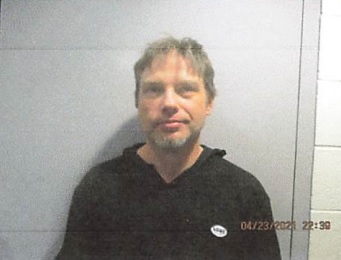 A Carmi man is out on bond but due back in court this morning following his arrest over the weekend on multiple charges.  Carmi Police say they were called to an area near U-Store U-Lock on Oak Street in regards to suspicious activity reported.  This was around 11am Saturday.  There, they found 47 year old Jason Townsend.  He was wanted on a White County warrant for Criminal Trespassing that dates back to December 18, 2020.  In addition to the warrant, Townsend has been charged with possession of methamphetamine and possession of drug paraphernalia.  He bonded out a short time later.  Townsend was due in court at 10am this morning in relation to a completely different case, a review from a violation of an order of protection case according to court records.