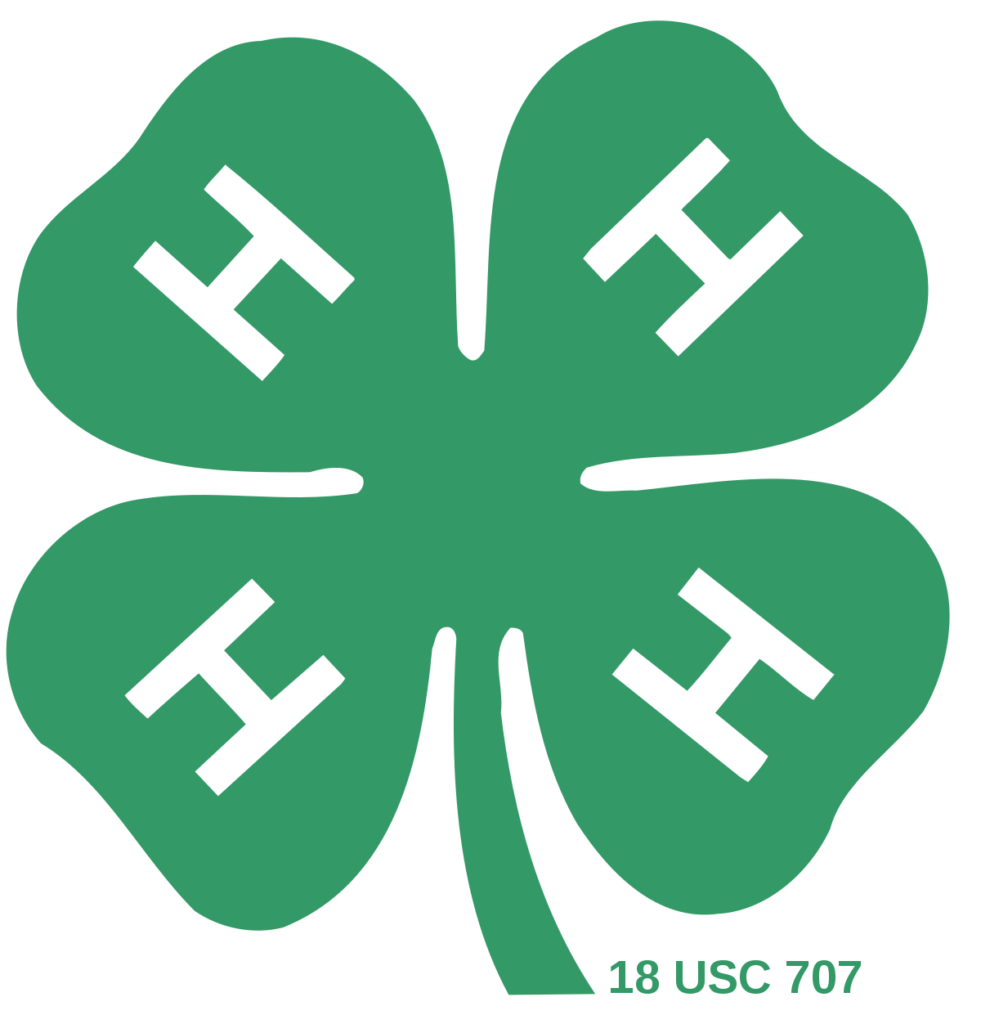 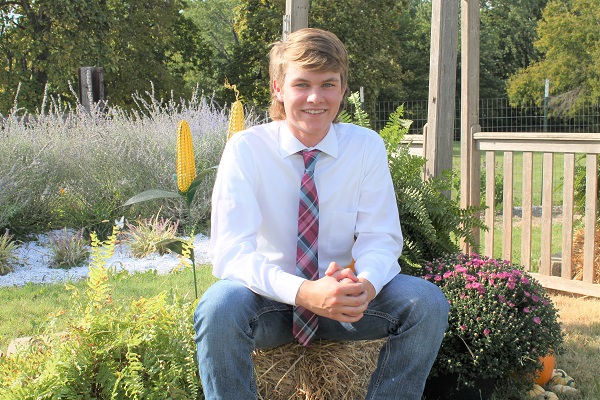 Nate Garner is a ten-year member of the Centerville Ripsnorters 4-H Club and the son of Kelly and Jaclyn Garner of Crossville.

In the past nine years Nate has been involved in many projects in 4-H.  Those include Sportfishing, woodworking, shooting sports, livestock, and welding.  He has enjoyed welding a firewood rack, a swing set, and a boot rack out of horseshoes.

4-H has introduced Nate to many new people.  He did not know anyone in his club when he started, but quickly made friends that he still has 10 years later.  4-H is where he started archery, which is very important to him.  Nate does not play traditional sports in school, but 4-H gave him the opportunity to do the things he loves like shooting sports, working with livestock, and riding horses.

Besides 4-H, Nate is active on the Carmi-White County Archery team.  In 2018, he received 2nd place in the indoor state championship and 3rd place in the outdoor 3-D championship.  He is also President of the FFA and is a member of the National Honor Society. 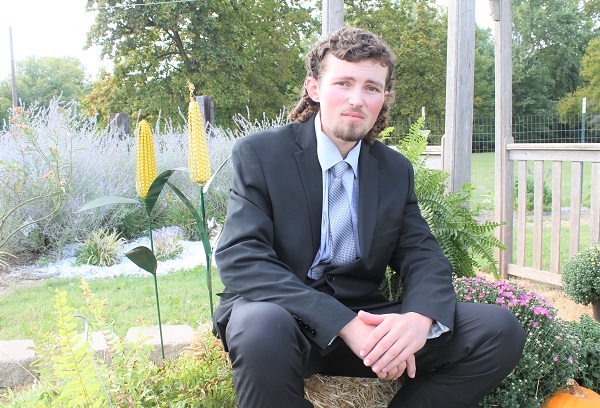 Lane Buchanan is a nine-year member of the Centerville Ripsnorters 4-H club and the son of Chris and Amy Buchanan of Carmi.

In the past eight years Lane has enjoyed taking many projects in 4-H.  Some of those include showing sheep, vegetable gardening, beef, and woodworking.  He also enjoys shooting with the shooting sports SPIN Club.  He was also one of the five members who shot in the recent state shotgun competition.

Lane’s 4-H honors include senior showmanship for sheep, the I Dare You Award, and the Brownfield Network Award.

4-H is special to Lane because it has given him the opportunity to experience new things that he probably wouldn’t have tried on his own.  He has made new friends and has been able to help younger members. 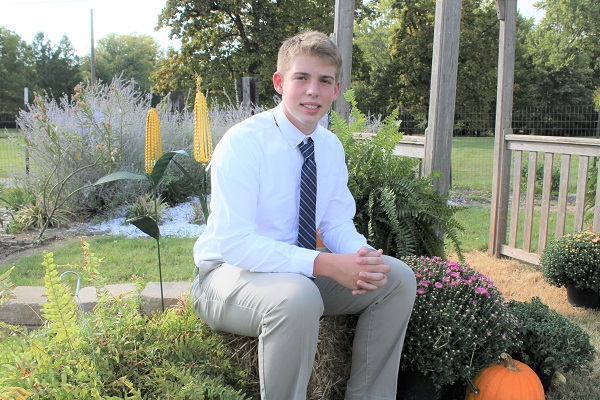 Joseph Gates is an eight-year member of the Town & Country Clovers 4-H club and the son of Brad and Carrie Gates of Carmi.

In the past seven years Joseph has enjoyed taking many projects in 4-H.  Some of those include showing sheep, tractor, leather, and woodworking.  This past year he made a headboard using barn wood from his great-grandparents barn.

4-H is important to Joseph because he can meet new people and learn new things. 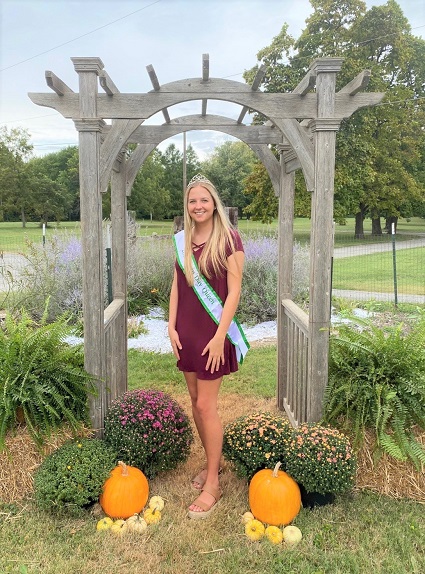 Payton Dixon was a ten-year member of the Mad Hatters 4-H Club and the daughter of Eric and Amy Dixon of Carmi.

Payton is currently attending Murray State University as a sophomore where she is very involved in her sorority and philanthropy projects. While in college, Payton has earned a spot on the dean’s list each semester with a perfect grade point average. Payton also enjoys playing intermural sports while in college.

Payton was a 2020 graduate of Carmi-White County High School where she graduated as valedictorian. While in high school, she was a state qualifier in cross-country and track. Payton is a member of the Emmanuel United Methodist Church in Carmi. In her free time, she loves to wake board, snow-ski, travel, and spend time with her friends.

4-H was special to Payton because she comes from a family of 4-Hers.  She enjoyed her years showing livestock, cooking, and trips like going to Washington D.C.  Most of all, she enjoyed the lifelong friends that she made. 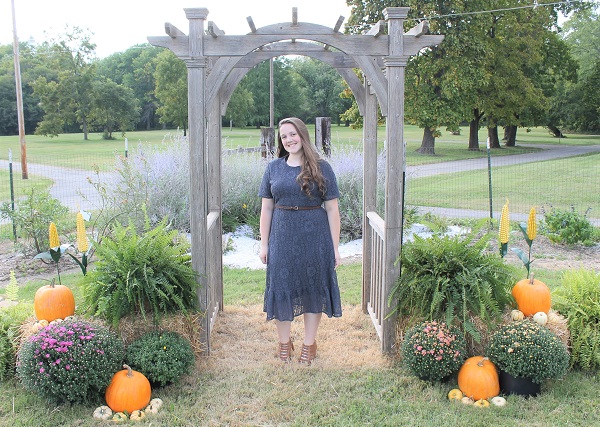 Kaitlyn Aldrich is a five-year member of the Town & Country Clovers 4-H Club and the daughter of Justin and Shelly Aldrich of Carmi.

In the past four years, Kaitlyn has enjoyed taking many different 4-H projects for instance, photography, woodworking, visual arts chalk/carbon/pigment, collectibles, and scrapbooking.  Scrapbooking really forced her out of her comfort zone and now really enjoys working on it.

Her 4-H honors include being in 4-H for the past five years.  Competing at the state fair in her woodworking project in 2020.  She has received perfect attendance, two silver level experience medals, and feels it is an honor to serve as vice president of her 4-H club the Town & Country Clovers.

4-H is special to Kaitlyn because she enjoys learning new skills.  She also loves the community aspect of 4-H.

Outside of 4-H Kaitlyn enjoys shooting pistols with her dad where she placed first in her division at the .22 pistol shoot in 2020.  She spends lots of time at church functions and was nominated for camper of the year at church camp.  She has played trumpet for the CWCJHS band.  Most of all she likes to spend time on her studies.  She has made high honors her entire school career. 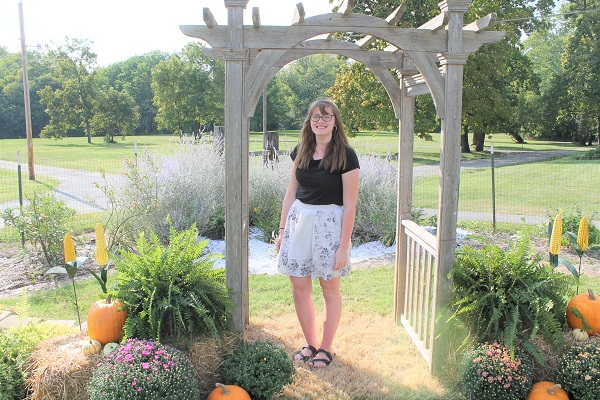 Katelyn Allen is a third-year member of the Mad Hatters 4-H Club and the daughter of David and Amanda Allen of Norris City.

In her short three years in 4-H Katelyn has went above and beyond in taking 4-H projects.  Too many to mention but has narrowed them down to her favorite five projects she has enjoyed the most.  Those being STEAM clothing, creative writing, communications, visual arts fiber, and visual arts leather.

Her 4-H honors have included receiving the health, safety, HCE and Encouragement awards.  Along receiving the engineering and technology medal last year.

4-H is special to Katelyn because it is a place that she can feel completely comfortable and accepted.  It has also helped her form life-long friendships.  Learn new life skills and has given her possible career options.  It has also taught her responsibility, commitment, and organization skills.

Outside of 4-H Katelyn volunteers at her local library, has a part time job at a local coffeehouse, volunteer at her church, am a part of her homeschool group, and competes in her county pageant every year. 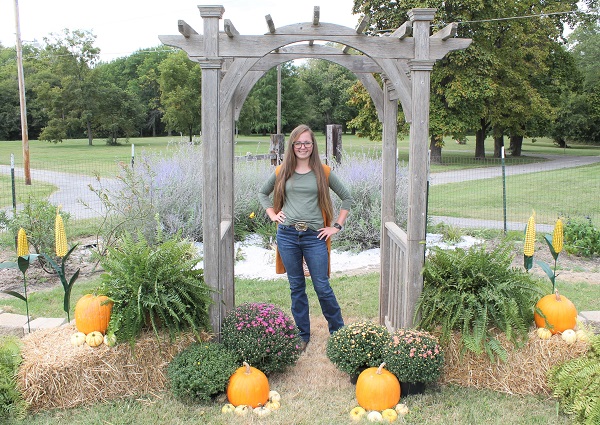 Aaliya Robinson is a four-year member of the Enfield Blue Ribbon 4-H Club and the daughter of Ryan and Amber Robinson of Norris City.

Aaliya has enjoyed taking different projects throughout the past three years, but her favorite would have to be her bucket calf that she purchased by herself.  Other projects would be her woodworking, dog care, swine, and the do your own thing project.

Aaliya feels 4-H is important because it provides a lot of opportunities for you in your life and helps you learn responsibility skills.

Outside of 4-H Aaliya she enjoys cross country where she has received medals over the years.  She also was fortunate to receive Miss Photogenic in the Town and Country Days Pageant this year. 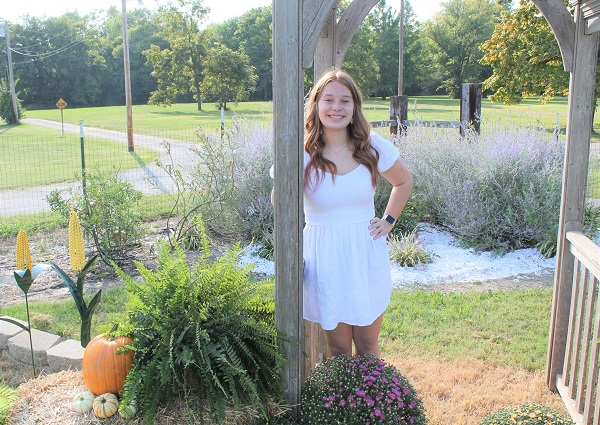 Samantha Stallings is a nine-year member of the Mad Hatters 4-H Club and the daughter of Jason and Crystal Stallings of Carmi.

In the past eight years, Samantha has enjoyed working with her many livestock animals.  She has at least one of each species out there in the ring, swine, beef, goats, and sheep.  She has received Grand Champion wether, Grand Champion gilt, and Grand Champion heifer just to name a few.  But over the last few years she has started enjoying art where she takes visual arts chalk/carbon/pigment projects to the county shows and then on to state fair.

Her 4-H honors include many showmanship awards, herdsman, grand and reserve grand champion, and the clean stall award in 2014.  She also was able to take her cake-decorating project to the Illinois State Fair in the past, where she received a superior.

4-H is special to Samantha because it has brought many opportunities her way.  She has been able to travel to the state fair and see many amazing projects and meet other 4-H members.  Most importantly 4-H has brought her to her love of showing livestock.  4-H has helped her discover she wants a future to involve animals and livestock.

Outside of 4-H Samantha is a Carmi White County varsity cheerleader, FFA secretary, accepted in the National Honor Society, and a member of the student council.