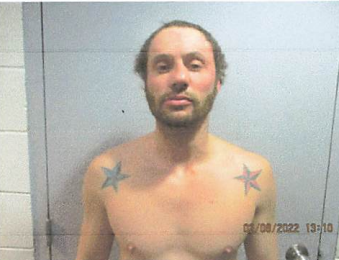 On 2/09/2022 at approximately 2:35 am, Carmi Police were dispatched to 407 Williams Drive in reference to a physical domestic disturbance. The caller reported Jason Ballard had a female victim on the floor of the residence. While officers were en-route, officers were advised that Jason Ballard was now attempting to kick in a bedroom door to get to another occupant and that Jason was armed with a gun.

Ballard refused to speak with police. No gun was able to be located at the scene. Ballard was transported to the White County Jail and charged with Home Invasion and Domestic Battery. Carmi Police received assistance from the Norris City Police Department.

A Carmi man was taken into custody after an officer with the Carmi Police Department responded to a 911 call. At around 2:30 this morning, Police arrived at 407 Williams Drive in Carmi and arrested 35 year old Jason Keith Ballard of 113 Ninth Street in Carmi for Home Invasion and Domestic Battery.

Ballard is currently being held at the White County Jail. We’ll have more on this story as details are released.