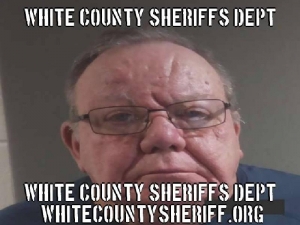 A 70 year old Carmi man, Clifford Steve Champion was arrested by Carmi Police, the White County Sheriff’s Department, and Internet Crimes Against Children Taskforce Thursday morning, following a lengthy investigation into child pornography possession. As a result of the investigation, a search warrant was executed at 696 CO RD 1100 N in Carmi and Champion was arrested. He is being held in the White County Jail. Bail was set at $10,000.

Carmi Police Make A Couple of Arrests Over the Weekend

DOJ CHARGES MORE THAN 14,200 DEFENDANTS WITH FIREARMS-RELATED CRIMES IN FY20