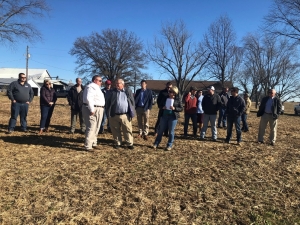 USDA Under Secretary for Farm Production and Conservation Bill Northey spent some time Wednesday, December 4th, in White County speaking with local Soil Conservationists, Farm Bureau members, Farm Credit representatives, and FSA employees. A project completed by John Pat Dartt on his farm north of Carmi was recommended for Mr. Northey and his staff to visit on his tour across Illinois on Wednesday. Under Secretary Northey discussed different soil conservation practices with the group and went over some of the new items in the Farm Bill. 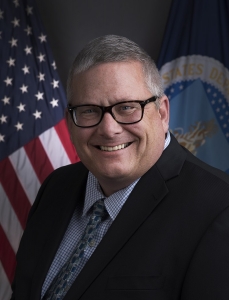