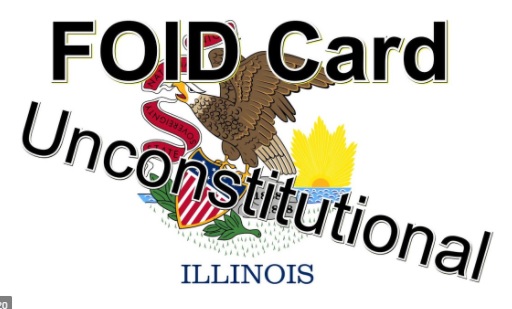 A second White County Judge has again ruled calling the Illinois Firearm Owner Identification Card unconstitutional.  The ruling sets the stage for the Illinois Supreme Court to reexamine the issue.

It’s been 4 years and a month plus since the defendant, Vivian Brown, 53 at the time was charged with violating the FOID card law for owning a rifle without possessing the proper certification.

In 2018, Judge Mark Stanley sided with Brown finding the FOID card law unconstitutional when applied to her case.  The Attorney General directly appealed to the state Supreme Court shortly thereafter.  At that point,

Yesterday, Judge T Scott Webb dismissed the charges against Brown and ruled the FOID card law unconstitutional again, saying it makes the Second Amendment a “façade” turning a right into a privilege.  Webb went on to say a citizen’s Second Amendment rights shouldn’t be treated in the same manner as a driver’s license.

Illinois State Rifle Association Executive Director Richard Pearson lauded the decision saying he thought it was ridiculous that honest citizens should have to pay fees, fill out applications and wait on government to respond to their requests just to exercise their rights.  Illinois is facing other lawsuits in state and federal courts over the dogged backlogs of FOID card applications.  Tens of thousands of individuals have been waiting months beyond the timeline allotted by the law to get their FOID card.

Asked if he thought it was surprising that this situation hasn’t come up before now and that it was sourced in White County rather than a larger area, the State’s Attorney says…

Gun advocates are anxious to take the case to the Supreme Court.  In the past, courts have said while people have a right to own a gun, states and cities can place reasonable restrictions on gun ownership.

Leave a Reply to OO BuckCancel