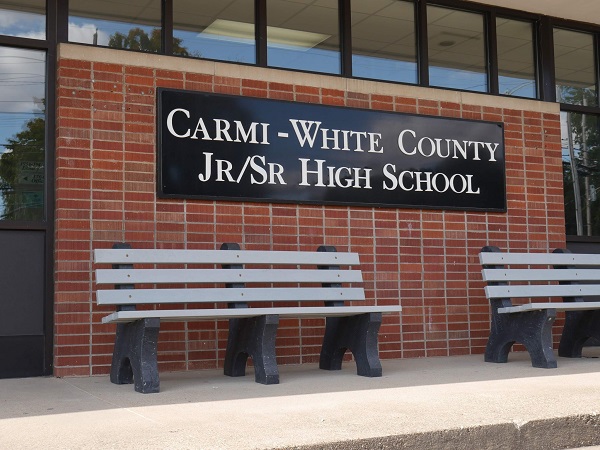 The Carmi-White County Unit 5 School Board met Monday night for their regular monthly get together.  Scott Mareing was there and filed the following report.

The board approved a third one year agreement with the City of Carmi for officer David Agee to be the School Resource Officer at a cost of $3,230.20 for the term of the contract, which increases the district’s share of the costs $12.43 per day.  Carmi Police Chief Jason Carter said the program is a fantastic asset to the department and a big asset for each building administrator. He noted that they honored the contract during this pandemic and are still happy to do so even though there are currently some staffing problems going on at the department.

Also approved was a waving of all current student fees only for the 2021-2022 school year due to the pandemic.

Board President Kent “Pete” Fulkerson said High School Senior students received a total of $1,033,200 in scholarship money at last Friday’s Graduation ceremony.  He also recognized sixth grade teacher Kendra Winter, who is retiring at the end of the school year, and Superintendent Brad Lee for being named the 2021 Superintendent of Distinction by the Association of School Administrators, and thanked them for the fine job they do.

Due to Kemper CPA, who does the district annual audit, not being able to conduct the audit this year due to retirement and a reevaluation of their workload, Brad Lee has contacted a number of local school districts to get referral information.  He then contacted five different auditors and is supposed to receive three different quotes, review them and make a decision based off the quotes he received to be revealed at next month’s board meeting.

The district’s total revenue for April was $1,331,018, including $66,126 from the one percent sale tax.  They should get the second installment in state taxes, totaling just over $3.4 million, with about $650,000 yet to be received.  They are six months behind but should get back to normal next year.

Accepted the best bid on bread from CRS OneSource for the 2021-2022 school year.

And accepted a leave-of-absence request from Nathelee Huff for the 2021-22 school year.

The board member’s committee assignments were appointed.

The district received a check for $1,907 from First Bank for the Bulldog Debit Card program.

The board went into closed session to discuss personnel at 7:29 PM.