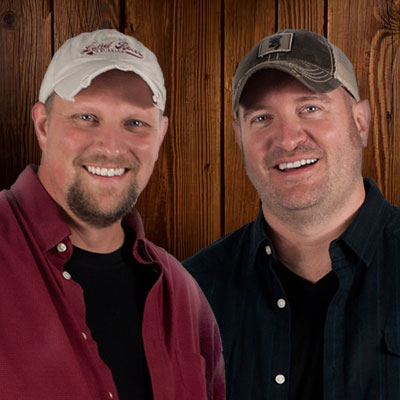 When you're sitting in the car wondering if the person in the next car over in traffic thinks that you've lost your mind because you are seemingly laughing hysterically to yourself, or sitting in the parking lot at your destination waiting for us to finish a topic, silly phone call, interview, game or conversation.....We are right there with you. And with you all the way. We know how crazy life can be....and we want to be your goofy, chubby, best radio-friend refuge from the harsh reality of being pulled 100 different directions by your spouse, kids, boss, coworkers, etc.

If you are new to the show,...um......hi! We hope to get to know you, and hope that you put up with us long enough to get to know us as well. Click on the bio's below to learn a little about each of us. If you've been a friend of ours for awhile, still click below, and see how well you know us!

By the way...because EVERYONE asks us.....We met in 1996 in Baton Rouge, La., where Big D was hosting a morning show and Bubba was hosting afternoons. We immediately hit it off, both on and off the air, and ended up pairing up to co-host a show together at the ripe old ages of 24! 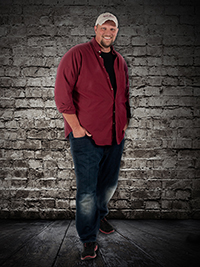 I started in radio when I was 14 years old at a 1000-watt Christian radio station in Cookeville, Tenn. By the age of 17, I hosted my first talk show, which led me to doing mornings on an oldies station in the same city.

My first country radio experience was when I was 19 in Billings, Montana, where I fell in love with the country lifestyle.

I also met my wife Kathy in Billings. We have two sons, Zak and Gunner.

Something that you may be surprised to learn; In high school I was an Exchange Student, and spent time in Russia…before the wall fell….when it was still Communist! Talk about crazy! Seeing that, and the way that the poor people of Russia lived and suffered under that regime really helps solidify my love for the Good ‘Ol USA.

I am also an Instrument Rated Private Airplane Pilot, and a big aviation buff, you can usually find me tinkering around my hangar messing with the plane when I’m not on the radio. 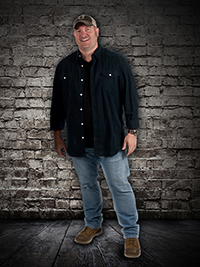 I was 14 years old when I became a disc jockey at the local radio station in my hometown of Houma, La.

Ever the nomad at heart, I went on to use radio to travel the world and worked at stations in places such as Guam and Tokyo. While working in those cities, I was able to travel extensively to countries & cities in Asia, Australia, and the South Pacific. Eventually, I got homesick and returned to the U.S…….Trust me, it happens to anyone who lives overseas for too long. You NEED America! lol

Some of the other cities on my radio resume’, are: Saginaw and Detroit, Michigan, Nashville, El Paso, Texas. I also had radio stints in various formats from Talk Radio and Hip-Hop, to Rock & Classic Rock in places like Reno, Nevada, Miami, Florida, New Orleans and Baton Rouge, Louisiana.

I met my wife Stacey in Baton Rouge. We have three children, Olivia, Ava, and Frank.

I am also a huge Frank Sinatra fan and a self professed “car-nerd” who uses free time to drive anything I can get behind the wheel of. And, just like Big D…I too am also a Private Airplane Pilot. 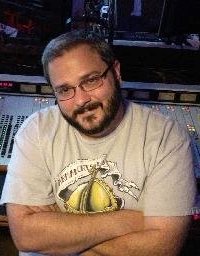 I have been in radio since I was 16 and I have been part of the Big D and Bubba show since I was 20. This is basically the only thing I know how to do.

I have a daughter named Evangeline. I love all kinds of music and I love stand-up comedy. 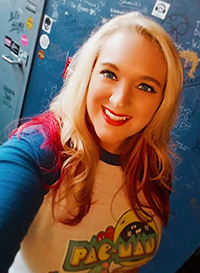 I got my first real radio job while I was still at Ole Miss (Hotty Toddy!), and then moved to New York City to work in television at NBC and MTV. But, MTV didn’t play videos anymore so I decided radio was the place for me.

I’m perpetually single, mainly because I have yet to find the guy that will be as great as my dog. I watch *way* too much television and go to *way* more concerts than my credit card is comfortable with. I also have a fantastic collection of vintage rock and country t-shirts that take up an entire closet.

This is not our normal radio show. This is what happens AFTER the show every Friday as we wind down for the week.

CreatiVets founder Richard Casper joins us at the end of Weekly Podcast...

Plus, Big D's dad is here!  Mr. Larry has stories and jokes you don't want to...

Clint Black and Lisa Hartman Black join us at the end of Weekly Podcast #320!

Garth Brooks joins us at the end of Weekly Podcast...

Chris Stapleton joins us at the end of Weekly Podcast...

Josh Turner joins us at the end of Weekly Podcast...

Robert Englund (Freddy Krueger!) and Dave Schrader (The Holzer Files) join us at the end of Weekly Podcast...

Jason Aldean joins us at the end of Weekly Podcast...