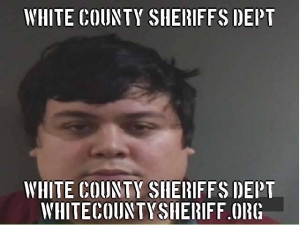 A 29 year old Carmi man, Andrew Patrick Horne, is being held without bond in the White County Jail on Felony charges of Distribution of Child Pornography and Failure to Register as a Sex Offender. Tuesday morning, Carmi Police and the Internet Crimes Against Children Task Force executed a search warrant at 225 Steven Street, Apartment E in Carmi in reference to a lengthy investigation into distribution of child pornography. Electronics, including a Smartphone, two USB drives, a flip phone, and several photos, were seized from the residence for forensic analysis. The investigation is on-going. Horne had a first appearance in White County Court yesterday. A preliminary hearing is scheduled for Wednesday, November 27th at 10:00 AM before Judge T. Scott Webb.

White County Ambulance Service Gets to Meet the Man They Saved