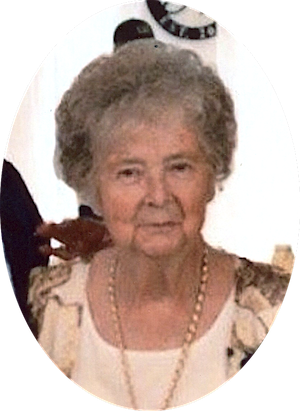 Wilma Cobb, 86, of McLeansboro, Illinois, passed away Sunday, October 18, 2020 at her daughters home.

She was born April 16, 1934 in Pittsburg, IL to Loren and Bertie (Oliver) Murphy.  A mother and housewife for 28 years, but when her husband became ill she stepped and became breadwinner for the family.  She went to work as one of the first women underground coal miners.  After the death of her husband, remarriage and three bouts with cancer, she was able to retire from the mines with a pension and health insurance for the rest of her life.  She was a proud UMWA member.  Wilma enjoyed the outdoors, camping, flowers, trees and grandkids.
Wilma is survived by three sons: Dail French, David (Donna) French and Earl (fiancé Kiesha) French; one daughter, Sharon Robinson; Eleven grandchildren, 22 great grandchildren and seven great-great grandchildren.
She was preceded in death by a son, Darwin (1964), both husbands, Glendal (1981) and Bob Cobb (2009), daughter-in-law Teresa (2019), son-in-law John (2020), her parents, five sisters and one brother.
Graveside services will be held Wednesday, October 21, 2020 at 12:00 p.m. at the IOOF Cemetery in McLeansboro with Rev. Jacob Gray officiating.  Those attending the service are asked to meet at the cemetery.
Online condolences may be shared at www.gholsonfuneralhome.com.
The Gholson Funeral Home is entrusted with arrangements.
Memorial/Guest Book
Send Flowers