Bill worked as a Distributor for RC Cola in Carmi for nearly 40 years. He loved playing golf and was a member of the Carmi Country Club. He loved watching Cardinal Baseball. He was a veteran of the United States Air Force.

He is survived by his wife, Peggy; sons, Scott and Craig Usery and daughter, Janet Usery; grandson, Cody Usery and a sister, Malen (Doyle) Daniel. Also survived by his brother in law, Buck Adams. He was preceded in death by his sister, Willie Adams.

Due to our recent health concerns, the family plans to hold a Celebration of Bill’s life at a later time. Online condolences may be left at stendebackfamilyfuneralhome.com. The Stendeback Family Funeral Home in Carmi is in charge of arrangements. 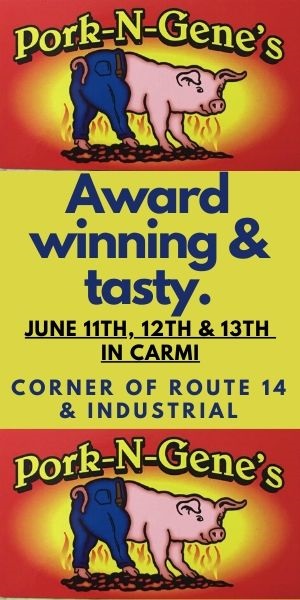