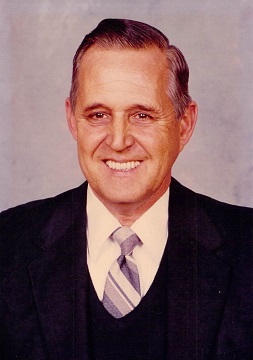 William Eugene "Bill" Kays, 89, of Carmi, passed away on Sunday, November 13, 2022.  He was born in Fairfield, Illinois, on March 7, 1933, the son of George Robert and Marie Elizabeth (Harl) Kays. Bill graduated from Crossville High School in 1951. He married Donna L. Carney on November 2, 1957, and she preceded him in death on April 9, 2019.  Bill proudly served his country in the United States Army during the Korean War.  He was stationed in Germany. He worked as a Foreman and Superintendent of Operations in the oil field, having worked at Superior Oil for 35 years and then at Mobil Oil in Alexander, North Dakota and Gillette, Wyoming until retirement.  He was a member of  McHenry United Methodist Church, and was also a member of the American Legion, VFW, and the Elks.  Bill enjoyed hunting, fishing, and working. He especially loved boating and camping with his boys when they were younger.     Bill is survived by his children, William Keith (Michelle) Kays of Zwolle, LA. and Robert Kevin (Chanda) Kays of Evansville, IN; grandchildren; Justin Ray (Madison Cox) Kays, William Clayton (Colie) Kays, Kathryn Marie Kays, Ashley Marie (Alcee) Trahan, Brittany Lynn (James) Gambill, Christopher Kolt (Alexis Hubbard) Kays; 10 great-grandchildren; siblings; Dana Ray (Tonya Reasoner) Kays of Carmi, IL. and Diana (Bob) Campbell of Crossville, IL.  He is preceded in death by his wife Donna L. Kays; his parents; and a brother, Charles E. "Whitey" Kays.     Funeral services for Bill Kays will be held at  2:00 p.m. on Sunday, November 20, 2022, at Stendeback Funeral Home in Carmi, with burial at Big Prairie Cemetery in Carmi. Family and friends may visit from 12:00 p.m. until time of service on Sunday, November 20, 2022, at Stendeback Funeral Home in Carmi. In lieu of flowers, contributions can be made in Bill's memory to the White County Senior Citizen's Center, and will be accepted at Stendeback Funeral Home in Carmi, who is in charge of arrangements.