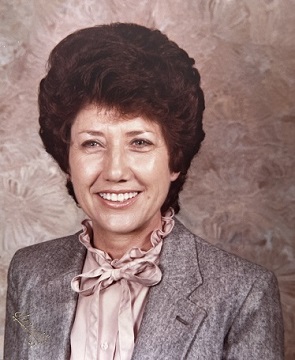 Vonda Elizabeth Lichtenberger, 92, of Vero Beach, Florida, passed away on Tuesday, June 7, 2022.  She was born in Rising Sun, Illinois, on January 16, 1930, the daughter of Edgar and Ina (Frashier) Frymire.  Vonda married Ralph L. Lichtenberger on August 29, 1947, and he preceded her in death on November 28, 1970. She worked as the Executive Director of the White County Housing Authority from 1964 to 1977, and later worked as a bookkeeper at the Egyptian Health Department in Eldorado, Illinois. Vonda was baptized at, and a member of Raleigh Baptist Church and later attended First Christian Church in Carmi after she moved to Carmi.

Graveside funeral services and burial for Vonda Lichtenberger will be held at 3:00 p.m. on Sunday, June 12, 2022, at White County Memorial Garden in Carmi, Illinois. In lieu of flowers, contributions can be made to White County Senior Citizens and will be accepted at  Campbell Funeral Home in Carmi, who is in charge of arrangements.