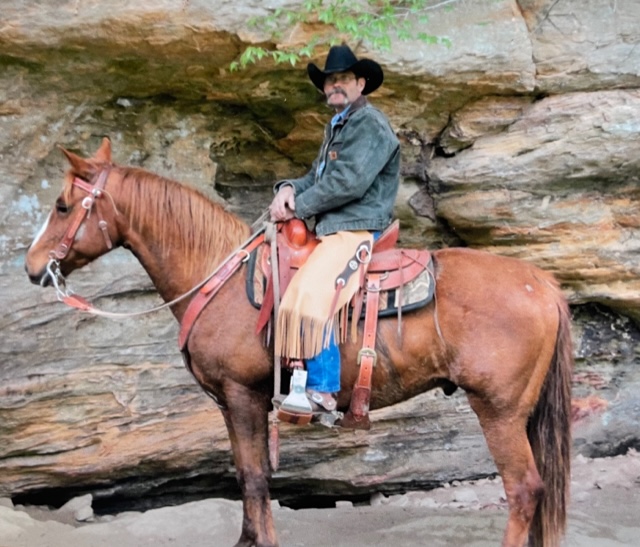 Tim Zane "Hawk" Hawkins, 62, of Eldorado, passed away on Thursday, November 10, 2022. He was born on September 20, 1960, in Owensboro, Kentucky, the son of Royce Eugene and Carolyn Emily (Gray) Hawkins.  Tim worked at the Dream Shop in Carmi for 20 years.  He later worked at Elastec until he retired.  Tim was baptized at Salem First Baptist Church and attended First Baptist Church in Carmi for many years. He was a member of the Elks, and enjoyed woodworking. Tim was a horseman and enjoyed going on trail rides with his horse Hondo.  He had two special dogs that preceded him in death,  Bandit and Poco.      Tim is survived by his parents Royce and Carolyn Hawkins of Carmi, IL; a daughter, Taylor (Ethan Pemberton) Buchanan of Eldorado, IL; grandchildren, Zane and Rain Pemberton;  two brothers, Randy (Cindy) Hawkins of Lawrencville, IL, and Jeff (Beth) Hawkins of Oblong, IL; special aunts and uncle, Brenda (Les) Hafford and June Gray; and  nieces and nephews.     A celebration of life visitation for Tim "Hawk" Hawkins will be held from 12:00 p.m. until 2:00 p.m. on Sunday, November 13, 2022,  at Campbell Funeral Home in Carmi.  In lieu of flowers, contributions can be made to Campbell Funeral Home to assist the family with funeral expenses.