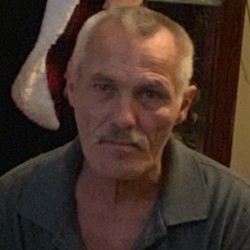 Terry L. Guinn, 61, of Crossville, Illinois, died Saturday, November 19, 2022, at his home. He was born April 21, 1961, in Carmi, Illinois, the son of Samuel and Nola (Taylor) Guinn. He worked as a laborer in both the oilfields and farming fields in and around the Crossville area.

Terry was a Christian, handyman and enjoyed fishing and driving around Crossville on his riding lawnmower.

He is preceded in death by his father; and brother Michael Guinn.

Visitation and funeral are Tuesday, November 22, 2022, at Cook Funeral Chapel in Crossville, Illinois. Visitation is at 4 pm and funeral will follow at 6 pm. Terry’s remains will then be cremated.

Memorials to assist Terry’s family with final expenses will be accepted at Cook Funeral Chapel in Crossville.