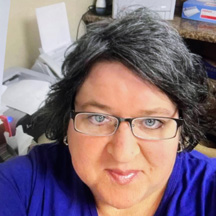 Tana Sue Hargett, 54, of Albion, Illinois, formerly of Crossville, Illinois, died Monday, March 28, 2022, at her home. She was born November 30, 1967, in Carmi, the daughter of Evert Ray “Ernie” Hargett and Mary Hargett.

Tana was secretary for the United Methodist Church in Albion. She had a big heart and put others before herself.

She is preceded in death by her grandparents Raymond Earl Hargett and Ruby Evelyn Hargett (whom Tana regarded as her “second” mother and also predeceased by grandparents Dan and Fae Wyatt.

Tana’s remains were cremated and no immediate services are planned.