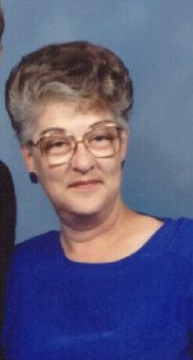 Shirley Ann Logan, 82, of Carmi, passed away Tuesday, October 25, 2022 at Wabash Christian Village after a short stay. She was at peace in the knowledge she was heading into the arms of her Savior. Shirley was born February 27, 1940 in Ewing, Franklin County, Illinois. Her parents were William Lee “Bill” Smith and Matilda Clementine (Quintin) Smith. Shirley was the baby of the family. Later the family would relocate to Crossville, Illinois. Shirley graduated from Crossville High School in 1958. She attended Lockyear Business College for a short time. Later she would attend and complete beauty school in Evansville, Indiana. Shirley met her future husband, Cecil Coy Logan, when Leonard and Helen Jean Sturm invited them both to dinner with neither knowing the other was coming. Shirley remembered Cecil always arrived to pick her up wearing a hat, well-ironed shirt and tie. She was smitten. They were married in the Crossville Missionary Baptist Church in Crossville, Illinois on September 19, 1964 and made Carmi their home. They loved each other deeply during their almost 49-year marriage. They even survived working together for twenty years at their business, Logan Insurance Agency. Shirley was a long-time member of First Baptist Church in Carmi having served as a Sunday School and Vacation Bible School Teacher for many years. Shirley loved her family deeply.

Surviving are her children, Valarie Ann (Giorgi) Berekashvili of Carmi and James Clinton “Clint” Logan of Bowling Green, Kentucky and a grandson that she was always willing to talk about, Giorgi “Gia” Berekashvili of Carmi who is currently attending Illinois State University. Also surviving are her beloved sister, Vada Ruth Dyer of Tulsa, Oklahoma, nieces Jacqueline (James) Dunn of Oologah, Oklahoma and Kathryn (Keith) Tinker of Sand Springs, Oklahoma and nephew Randy (Mona) Warrick of Carmi, Illinois. She was preceded in death by her parents; her husband; a brother, William Joseph “Jack” Smith; nephews, Steve Dyer and Larry Logan; and a niece, Joy Warrick.

A funeral service will be held at 2:00 pm, Sunday, October 30, 2022, at Stendeback  Funeral Home in Carmi. Pastor Dave Cochran will officiate. Visitation will be held from 12:00 pm until the time of the service. Burial will take place in North Maple Ridge Cemetery. In lieu of flowers, contributions can be made in Shirley's memory to the Evansville Rescue Mission or We Love White County, and will be accepted at Stendeback Funeral Home in Carmi, who is in charge of arrangements.