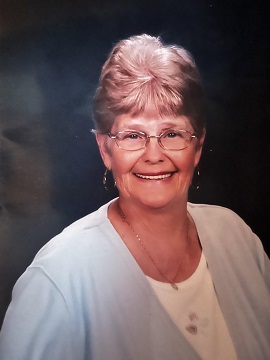 Shirley Ann Kimmel of Carmi, IL has passed away as of December 28th, 2022 at the Ferrell hospital in Eldorado, IL.  She was preceded in death by her parents; Paul and Agnes Ellis.  Her husband; Harold Kimmel; her three children; Theodore Mark Vaupel, Angela Talley, Jeffrey Vaupel and three siblings; Betty Davis, Roy Ellis and Agnes June Ellis.       Shirley leaves behind three siblings; Bill (Ann) Ellis, Carol (Larry) Cox and Sue Basham.  Three step-daughters; Gayle (Ron) Kimmel-Anderson, Renee Kimmel and Laura (Dan) Coffin;  Nine grandchildren, Keith (Juliec) Vaupel, April Kroll, Nicholas (Elizabeth) Vaupel, Jacob (Allie) Vaupel, Kristine (Tim) Barrett, Angela (Eric) Talty, Nicole Luedtke, Jamie Denny-Cox, Jennifer Denny; her daughter-in-law Kelly Vaupel and son-in-law Kevin Talley.     Shirley enjoyed spending time with her family, whether it was fishing on the banks of the Wabash river, sunbathing on the beaches of Florida or relaxing in a cozy cabin.  She was full of life and could always be found with a smile on her face, doing her best to brighten the day of everyone around her. Shirley was an adventurous soul and spent much of her time traveling, she loved to fish, kayak and kick back with a good book in her hand.  She always involved herself in her community and worked to improve the world around her.     Shirley was loved by many and will be deeply missed.     At this time the family has decided to follow Shirley's wishes and not hold a memorial service. Stendeback Funeral Home in Carmi is in charge of arrangements.