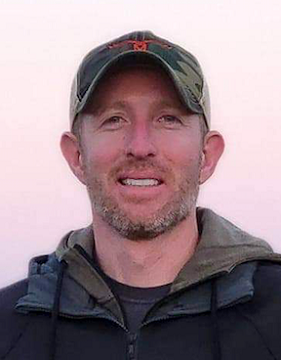 Sean was the co-owner and manager of York Farms, Inc. along with his brother Wesley. In the offseason, he was a Wilderness Therapist in Northern Wisconsin and Alaska. He was also a licensed real estate agent and land specialist. He was a graduate of Hamilton County High School, Class of 2004. He graduated Southern Illinois University at Carbondale in 2010 with a Bachelor of Science in Outdoor Recreation. He served as the secretary for the Beaver Creek Township Board, a certified Wilderness First Responder and Leave No Trace Master Educator.

Sean was passionate about all things involving nature. He loved hiking, backpacking, hunting, mountain climbing, aviation, traveling, wood working, playing music and spending time with his beloved wife and children with whom he shared his love of the natural world. He was a member of the Springerton Christian Church and was currently attending Dahlgren Community Chapel.

All who knew Sean were touched by his adventurous spirit, his kindness, gentleness, warmth and calm, at-ease demeanor. He will be remembered as an incredibly motivated and self-driven person, someone who would help a stranger with no expectations of a favor returned. He possessed a quiet strength, learned from his time in nature and traveling the world, that led him to pursue a life unattached to materialistic living. He was a wise soul who soaked up the simple pleasures of life.

Services will be held Saturday, May 28, 2022 at the Dahlgren Community Chapel. Visitation will be from 11-2 pm with a memorial service to follow. In lieu of flowers, the family asks that donations be made to SIU Touch of Nature or Friends of the Shawnee National Forest.  Donations may be sent to Gholson Funeral Home, c/o Sean York, 500 S Washington Street, McLeansboro, IL 62859.  To share a special story or memory, please visit https://www.gholsonfuneralhome.com/obituary/Sean-York