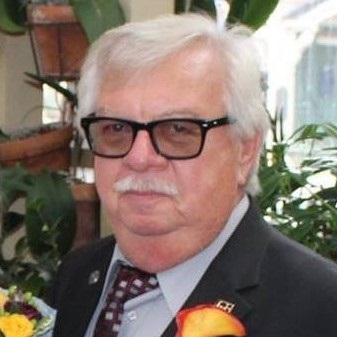 Russell Rolland Lentz, Jr., 74, of Highland, Illinois, formerly of Grayville, Illinois, died Monday, September 20, 2021, at SSM Health DePaul Hospital in Bridgeton, Missouri.  He was born January 23, 1947, in Stockton, Kansas, the son of Russell Rolland Lentz, Sr., and Rose (Traylor) Lentz.  He was married to his childhood sweetheart, Deanna (Noel) Lentz, on September 2, 1978, and she survives.

Russell was a maintenance mechanic for the United States Postal Service.  He was a United States Army Veteran, and served in Thailand during the Vietnam War.  When he lived in Grayville, he was a member of the First Christian Church.  He was also a Mason.  He enjoyed Ham radios, old cars, motorcycles, playing guitar, camping, telling jokes and he especially treasured spending time with his family.

He is preceded in death by his parents; brother Harold Lentz; and sisters Rosemary Freeman and Mary Kurtz.

Visitation and funeral are Saturday, September 25, 2021, at Cook Funeral Chapel in Grayville.  Visitation will be 11 am to 1 pm. Funeral and Masonic Rites will be at 1 pm. Burial with military rites will be in Oak Grove Cemetery in Grayville.