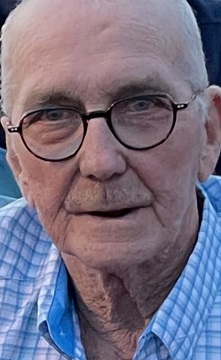 Rudy Hopewell Buttry, 72, of Carmi, IL, went to be with his Lord and Savior, Jesus, at 1:40 p.m., on Friday, October 14, 2022, at the Linda E. White Hospice House in Evansville, IN. He was born on June 13, 1950, in Iron, IL, the son of Everett Dallas and Emily Jeanetta (Poole) Buttry. On October 25, 1974, he married Loretta Pollard in Carmi, IL, and together they have shared over 47 years of marriage. He served his country honorably in the United States Army as a Sergeant, stationed in Korea where he oversaw the armory. After his time in service, Rudy took pride in his career as a truck driver until his retirement. Rudy had attended the Church of God in Carmi and was a member of Carmi American Legion Post #224, and Carmi Veterans of Foreign Wars Post # 3851. He enjoyed being outdoors, hunting, fishing and gardening. Rudy loved his family and lived to spend time with his grandchildren, nieces, and nephews.In addition to his wife, Loretta Buttry of Carmi, Rudy is survived by his children, Dustin (Sarah) Buttry of Carmi and Zachary Buttry of Carmi; grandchildren, Abigail Buttry of Carmi, Jackson, Rowen and Brecken Buttry all of Carmi; a great-grandson on the way; mother-in-Law, Dorothy Pollard of Carmi; sisters-in-law, Dixie (David) Cross of Safety Harbor, FL and Misty Green of Evansville, IN; nieces and nephews, Mark (Sharon) Price of Carmi, Stephen (Kathleen) Price of Carmi, Brandy (Ian) Pollard of Palm Harbor, FL, Amber Davis of Palm Harbor, FL, April Davis of Safety Harbor, FL, Austin (Melissa) Coniglione of Evansville, IN, Maddissen (Alex) Green of Indianapolis, IN, Jorden Green and Jazmyn Green of Clearwater, FL and many great-nieces and nephews. Rudy was preceded in death by his parents, a sister, Judith Price, father-in-law, Donald Pollard and nieces, Tracy Williams, Gabrielle Coniglione and Sidney Green.Funeral Services for Rudy Buttry will be held at 11:00 a.m. on Wednesday, October 19, 2022, at Campbell Funeral Home in Carmi. Burial will be in Old Prairie Cemetery near Norris City with full Military Honors  rendered by members of the United States Army, Carmi VFW Post #3851 and Carmi American Legion Post #224, Family and friends may visit from 5:00 p.m. until 8:00 p.m. on Tuesday, October 18, 2022, at Campbell Funeral Home. In lieu of flowers memorial contributions may be made in Rudy’s memory to Linda E. White Hospice House and will be accepted at Campbell Funeral Home in Carmi.