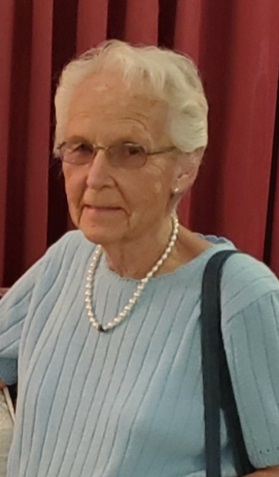 Rose Lee (Carter) Wilson, 86, of Carmi, passed away on Sunday, January 30, 2022, at Carmi Manor Rehabilitation and Nursing Center in Carmi, Illinois.  She was born in Crossville, Illinois, on August 1, 1935, the daughter of Claude and Lota (Spencer) Carter.  Rose graduated from Carmi High School in 1952.  She married Robert Eugene "Bob" Wilson on January 4, 1954, and he preceded her in death on April 27, 2020. Rose worked at the Carmi Abstract Office for a time and then went on to work at the Carmi Times for 17 years.  After leaving the Times, she worked for six years at Pierce and Pyle Construction Company and then cleaned homes until retirement.  Rose enjoyed horseback riding for over 50 years.  She loved doing crossword puzzles and doing anything outdoors.

Rose is survived by her daughter, Debbie (Tracy) Haywood of Carmi, IL; a granddaughter, Nicole Marie (Brad) Stroud of Marion, IL; a brother, Larry (Ruth Ann) Carter of Crossville, IL, and numerous nieces, nephews, and cousins.  She was preceded in death by her husband, Bob Wilson; her parents; and a brother, Wayne Carter.