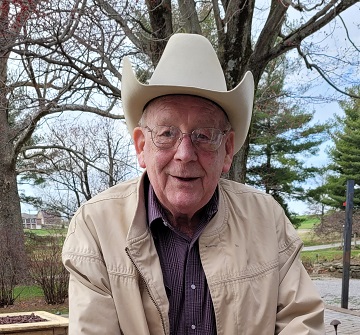 Ronald L. Parks of Boonville, IN formerly of Carmi, IL passed away Monday, August 8, 2022. He was born May 4, 1945, in Burnt Prairie, IL, the son of John L. and Hattie M. (Taylor) Parks. Ron served in the United States Army, stationed in Germany. He was an active member of the Boonville American Legion, often serving in various administrative roles. He was a past Mason and Shriner in Evansville.  Ron retired from The Evansville Courier & Press as the Assistant Controller (treasurer). He enjoyed horseback riding and camping with the Saddle Club.

He is survived by his children Lana Wright (Mike) of Floyds Knobs, IN and Kent Parks of Evansville, IN; a brother Jim Parks of Carmi, IL; 4 grandchildren Austin & Parker Wright and Jace & Kynslee Parks; several nieces, nephews, and cousins. He was preceded in death by his brother Floyd R. Parks.

A final salute will be held at 6:30 on Thursday, August 18th at the American Legion in Boonville. A graveside service will be held at 3 pm on Friday, August 19, 2022, at North Maple Ridge Cemetery in Carmi, Illinois.  Memorial Contributions may be made in Ron's memory to the American Legion 1021 E Main St. Boonville, IN 47601. Campbell Funeral Home in Carmi is in charge of arrangements.