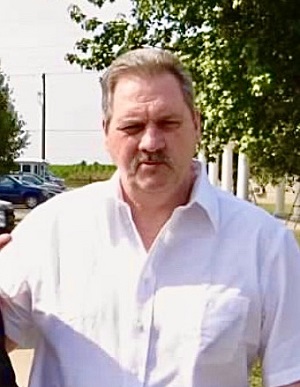 1953-2020
Richard Dyke Behler, 66, of Carmi passed away at 7:10pm, on Sunday May 3, 2020 at The Linda White Hospice House.  He was born in Evansville, Indiana on November 21, 1953, the son of Richard H. "Dike"  and Jewell (Harvey) Behler.  Dyke worked as a delivery man for the Evansville Courier for 25 years.  In addition, he also worked at Big John's and Mears Market. Dyke was an avid sports fan.  He enjoyed watching the St. Louis Cardinal's baseball games as well as the Carmi Bulldog basketball  and football teams. Dyke had a very loving relationship between he and his father.
Dyke is survived by his father,  Richard "Dike" of Carmi, and a sister, Melissa Simpson of Arlington, VA: neices and nephews; Zayne Richard (Carlee) Simpson, Talon Reid Simpson; Lexie Jewell (Dexter) Pyform; Five great nieces and nephews, Chloe Pyfrom, Jaxson Simpson, Viggo Pyfrom: Vailen Pyfrom: and Leelyn Simpson. and a great friend, Mark Burns.

Due to the National Covid-19 crisis and mandate on gatherings, services for Richard Dyke Behler will be private with burial in North Maple Ridge Cemetery. In lieu of flowers, the family asks for donations to be made in Dyke's memory to Carmi Recreational Summer League.  Please visit www.cambellfuneralservices.com

sign the guest book, leave a condolence or pledge a donation. Cards and expressions of sympathy may be sent in care of Campbell Funeral Home.  609 W. Main St. Carmi, IL. 62821 who is in charge of arrangements.