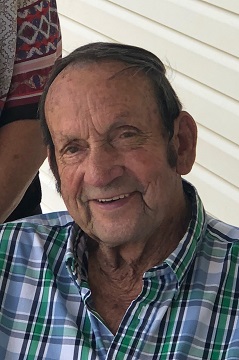 Richard D. Hubele, 85, of Norris City passed away at 4:06 p.m., Wednesday, February 2, 2022 at his home.  He was born in Carmi, IL on October 12, 1936 the son of Norman and Esther (Roland) Hubele.  Richard married Beverly Jane Phillips on August 9, 1957 and she preceded him in death on December 10, 2016.  Richard joined the United States Army and served during the Korean War,  He retired from Wayne-White Electrical Co-op where he worked as a Lineman. Richard was a faithful member of Norris City United Cumberland Presbyterian Church.