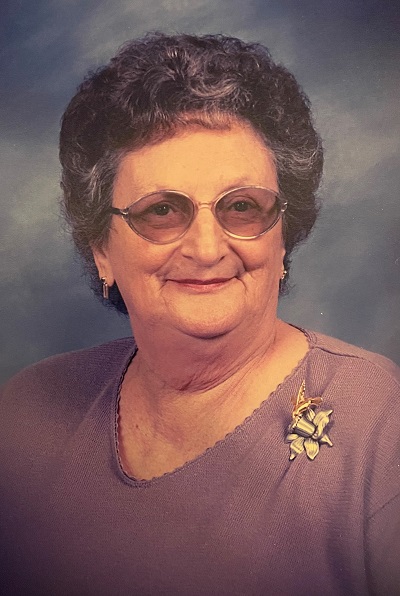 Millie Doris Austin, age 88, of Norris City, Illinois passed away on Thursday, November 11, 2021 at Enfield Rehab and Healthcare. Doris was born April 13, 1933 in Herald, Illinois the daughter of the late George William and Helen (Weasel) Mobley. She was a Nurse and had worked at Carbondale Memorial Hospital in her early career while her husband Bernard was attending Southern Illinois University at Carbondale.  She worked in Labor and Delivery and in the Emergency Department at Carmi Township Hospital for several years.  She then worked at the Doctors Clinic in Carmi for Dr. Phillip Boren.  Doris retired from the Skilled Care Unit at Carmi Township Hospital.  Doris and her husband Bernard were instrumental in starting the Norris City Community Ambulance Service.

Memorial contributions may be made to Ditney Ridge Baptist Church for the Enfield Rehab and Care Center Resident Christmas Fund.

The family would like to extend their heartfelt gratitude to the staff of Enfield Nursing and Rehab Center for their excellent care over the years.

Eric and Scott would like to thank Gail for her many years of selfless dedication to their mothers care.