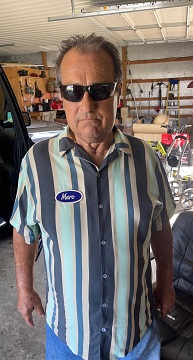 Marvin L. Root, 68, of Carmi passed away on Friday, September 30, 2022 at Deaconess Midtown Hospital in Evansville, IN.  He was born in Mt. Carmel, IL on December 23, 1953 the son of George Edward and Wanda Louise (Stoltz) Root.  Marvin has worked in the Oil Field and most recently as a Fire Watcher with GE/SABIC in Mt. Vernon, IN.  he was a collector of various items including marbles and pocket knives, he enjoyed gardening and most recently purchased a motorcycle.    Marvin is survived by Gavin Bebout  who he raised; three children, Whitney (Dennis)Root-Coston, Rodney (Marisha) Fisk and Shana (Clay) Wright; eight grandchildren, Gunner, Easton, Addilyn, Emily, Owen, Bree, Lucas and Bryce; two siblings, Russell Root and Brenda Cooper; his ex-wife, Lucy Root; Michelle Boren who was like a daughter and her daughter Addison Bebout; his good friend, Jeff Brown and all of Gavin's friends who he welcomed into his home.   A service to celebrate Marvin's life will be held at a later date.  Campbell Funeral Home in Carmi is assisting the family with arrangements.