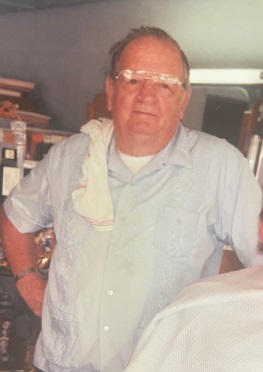 Leslie "Less" Anderson, 93, of Carmi, passed away on Tuesday, September 21, 2021 at South Lake Hospital in Clermont, Florida.  He was born on November 30, 1927 the son of Lester and Wilma (Billington) Anderson.  Less married Vera Mattox on September 10, 1945, and she preceded him in death on August 31, 2017.  He proudly served his country in the United States Army during World War II.  Less began his career as a barber at  Arcade Barbershop on Corn Day in 1949. and worked there until his retirement..  He was a member of the First Christian Church, Lions Club, Masonic Lodge, the Elks and the Civil Defense.  Less served as Deputy Coroner, White County Sheriff Dispatch and Patrol and as an EMT.  He enjoyed boating, skiing, painting and reading.

A graveside memorial service for Less Anderson, will be held at 1:00 p.m. on Friday, October  22, 2021, at White County Memorial Garden in Carmi. Campbell Funeral Home in Carmi is in charge of Arrangements.