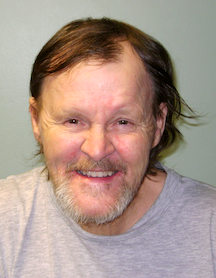 Kenny was born October 31, 1955 in Eldorado, IL, the son of George Warren and Evelyn (Wiggins) Sullivan.  He worked on and off in the oil fields when he was a young man, and also farmed with many different local farmers throughout his life.  Kenny enjoyed hunting for Indian rocks and artifacts, fishing, riding motorcycles, 3-wheelers, and 4-wheelers.  He attended various area churches throughout the years including Springerton Christian Church and Pleasant Union Church.

He was preceded in death by his parents George Warren Sullivan and Evelyn (Wiggins) Sullivan, and his nephew, Jeremy Sullivan.