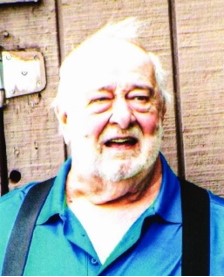 He was born in McLeansboro on June 28, 1946, the son of Thomas B. and Catherine Elizabeth (Kaufman) Mezo.  On August 6, 2007, he married Kathleen Marie (Richmond) Mezo, who survives.

Karl was a retired prison guard, who worked at Big Muddy River Correctional Center near Ina, IL for 20 years.  He previously worked for a railroad and for Continental Tire in Mt. Vernon, IL.  Karl was a United States Navy veteran, serving during the Vietnam War.  He was awarded the National Defense Service Medal and Navy Unit Commendation. Karl was a member of the Sons and Daughters of The American Revolution and of the St. John The Baptist Catholic Church.  Karl liked to prairie dog hunt and travel out West.  He loved taking care of his dogs, whom he referred to as “his babies,” and spending time with his family.

He was preceded in death by his parents Thomas and Catherine Mezo, step-father Harold Grubb, two brothers James Grubb and John William “Bill” Mezo, and one grandson Zachary Thomas Hart.

Funeral mass for Karl Thomas Mezo will be held on Tuesday, November 29, 2022, beginning with a Recitation of the Rosary at 11:00 a.m. at the Chapel of St. Clement’s Catholic Church in McLeansboro with Father Slawomir Ptak officiating.  Interment of ashes will follow at St. Clement of Rome Catholic Cemetery in McLeansboro with graveside military honors provided by a United States Navy Funeral Honors Team and the McLeansboro American Legion Post #106.  In lieu of flowers, memorial donations may be made to St. Jude Children’s Research Hospital and will be accepted at the church or the Gholson Funeral Home in McLeansboro which is in charge of arrangements. Online condolences and expressions of sympathy may be shared at www.gholsonfuneralhome.com.