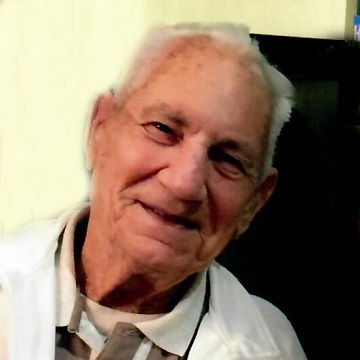 John Richard (Jack) O’Neill passed away on January 27, 2022 at the age of 97 years old.  He was a Navy Veteran of World War II, and served on a supply ship stationed in the Pacific Ocean off the Marshall Islands.

Jack was born in Corsicana, Texas.  His family moved to Illinois during the Illinois basin oil boom after he graduated from Corsicana High School in 1942.  He was part owner of Illinois Casing Pulling company in Grayville, Illinois.

He is preceded in death by his parents, Edward & Nora O’Neill; his wife, Juanita Juan O’Neill; his daughter, Nora Lynn O’Neill; his niece, Krista Rickman Traylor; and his granddaughter, Haley Link Brinkmeyer.

Jack was a former School Board Member in the Grayville School District, a 70-year Member of the America Legion and a member of the local VFW.  He also ran for Mayor of the City of Grayville in 1974, losing to the incumbent by 33 votes. For many years, he was a member of the Legion and VFW Military Honors Color Guard.

Jack had many interests and loved “riding around”, especially if he could find a good flea market.  He was truly a “Jack of all Trades”, as well as being an extremely talented welder who built two ferris wheels out of sheet metal and oil field scraps.  One was built for his daughters, which provided lots of fun for them and their friends as well as a new and improved version for his granddaughters.

Services for Jack will be held at the Cook Funeral home on Monday, January 31, 2022.  Visitation is 10 am to noon and funeral is at noon.  Burial with military rites will be in Oak Grove Cemetery in Grayville.

In lieu of flowers, the family is asking for contributions in Jack’s memory to the Haley Link Brinkmeyer Memorial Fund, which supports those in need of Type1Diabetic medicines and supplies.  Checks can be mailed to Banterra Bank, c/o Haley Link Brinkmeyer Memorial, 705 N. St. Joseph Avenue, Evansville, Indiana 47712 or via PayPal at paypal.me/HLB753.