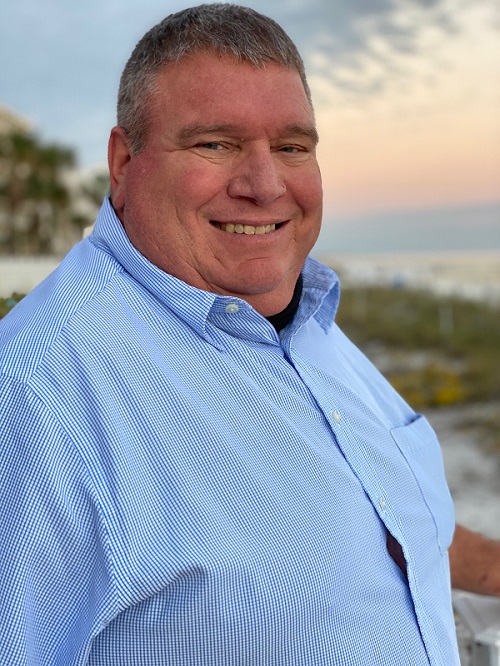 Lifelong Carmi businessman, John Patrick Dartt, 63, of Carmi, Illinois, passed away Wednesday, November 11, 2020, at Fort Walton Beach Medical Center in Fort Walton Beach, Florida. He was born October 23, 1957, in Carmi, Illinois, the son of H. Vernon “Bucky” and Berniece (Winter) Dartt.  He was married to Sharon (McKnight) Dartt on May 22, 1982, and she survives. John Pat graduated in 1975  from Carmi Community High School and in 1977 received an Associates Degree in  Diesel Technology from Wabash Valley College.

In 1978, John Pat bought his first bulldozer and started Dartt Dozer Service.  His passion was soil and water conservation for farmers and landowners in the surrounding counties. In the mid-1980's, John Pat began farming alongside his father-in-law. In 2009, he made a career change to allow him more time with his family and friends.  He took his knowledge of the heavy equipment he had operated for all this life and began selling heavy machinery for Fabick CAT.  In 2013, he started selling equipment independently and formed Dartt, LLC . His customers were his top priority and he made connections and friends with customers worldwide. After years of dedicated service in the field, he was named 2019 Conservationist of the Year.

John Pat was known for his big smile, huge heart, larger than life personality and his generosity to the community.  As John Pat would always say, "I never had it so good”.

John Pat was a member of First Christian Church of Carmi, the Illinois Oil & Gas Association and the Elks.

Survivors include his wife of 38 years, Sharon Dartt; daughter, Melissa Dartt (Alex Altmann); son, Justin (Morgan) Dartt; grandson due April 2021, Collin Dartt; all of Carmi; sister  Trudy (Greg) Walters of Champaign, Illinois; a niece, Lauren (Joe) Duncan of Naperville, Illinois and a nephew, Tyler Walters of St. Charles, Illinois. He is preceded in death by his parents and his father and mother-in-law, William C. "Bill"  and Mary McKnight.

Funeral Services for John Pat Dartt, 63, of Carmi will be at 10:00 a.m., Tuesday, November 17, 2020 at the First Christian Church in Carmi.  Burial will follow in Centerville Cemetery north of Carmi.  Visitation will be held on Monday, November 16, 2020 from 3:00 p.m. until 7:00 p.m.at the First Christian Church. In lieu of flowers, memorial contributions may be made in John Pat's memory to the Dartt Memorial Scholarship and will be accepted at Campbell Funeral Home in Carmi who is in charge of arrangements.  In accordance with CDC and IDPH recommendations social distancing will be observed and masks will be required.