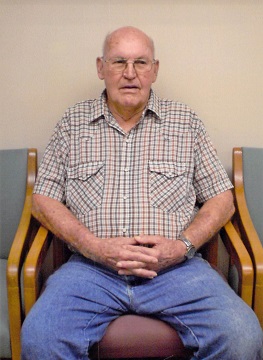 John M. Sneed, 92, of Carmi, passed away on Thursday, December 29, 2022, at Wabash Christian Village in Carmi.  He was born on April 11, 1930, in Hamilton County, the son of Robert and Angie (Smith) Sneed.  John married Alma Jane Bryant on September 3, 1960, and she preceded him in death on June 14, 1978.  He worked many jobs throughout his life, including for the City of Carmi and at Raben Tire, and then retired as a security guard at the coal mine.      John is survived by his daughter, Jeanie (Michael) Young of Carmi, IL; grandchildren, Jason Young of Carmi, IL, Holly (Jeremy) Snow of Crossville, IL, Matthew (Erin) Sneed of Rogers, TX, and Montanna (Crystal) Sneed of Groesbeck, TX; great-grandchildren, Samaira, Courtney and Addison Snow, Isebelle, Bronc and Taggart Sneed; siblings, Robert (Ruth) Sneed of Carmi, IL, Curtis Sneed of Carmi, IL, Leroy (Karen) Sneed of Carmi, IL, Violet Janitch of Hermitage, TN, and Rita Ferari of Saratoga Spring, NY.  In addition to his wife, Alma Sneed, John is preceded in death by his parents; a son, Roger R. Sneed; and two brothers, Cletus Sneed and Bill Sneed,     Funeral services for John Sneed will be held on Sunday, January 1, 2023, at 1:00 p.m. at Campbell Funeral Home in Carmi, with burial at North Maple Ridge Cemetery in Carmi.  Family and friends may visit from 4:00 until 7:00 p.m. on Saturday, December 31, 2022, at Campbell Funeral Home in Carmi.  In lieu of flowers, contributions can be made in John's memory to the White County Senior Citizens Center and will be accepted at Campbell Funeral Home in Carmi, who is in charge of arrangements.